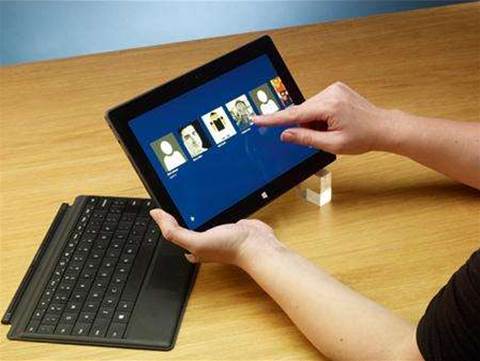 You can now buy a Surface RT tablet for $389, down from $559, and it still comes with Office free

Microsoft has officially slashed prices on its Surface RT tablets by up to $180.
The 32GB model is now listed as $389 from the previous RRP of $559 while the price of the 64GB model has been cut to $499 from $679. Both models still include a free copy of Office [Update: this version of Office is not officially licensed for business use. You can read more about Office on tablets running Windows RT here].
Newsletter Signup

I have read and accept the privacy policy and terms and conditions and by submitting my email address I agree to receive the Business IT newsletter and receive special offers on behalf of Business IT, nextmedia and its valued partners. We will not share your details with third parties.
Surface RT is available through the Microsoft Online store  where the updated prices show up at the checkout stage and select retailers including JB Hi-Fi and Harvey Norman.
It’s worth noting that you can expand the storage on both models via the MicroSD card slot.
Surface RT runs the mobile centric Windows RT. The Windows RT OS is designed to only run apps that are downloaded and installed from the Windows app store and cannot run traditional desktop applications.
Copyright © BIT (Business IT). All rights reserved.
Tags:
hardware microsoft rt surface
By Krishan Sharma
Jul 15 2013
12:19PM