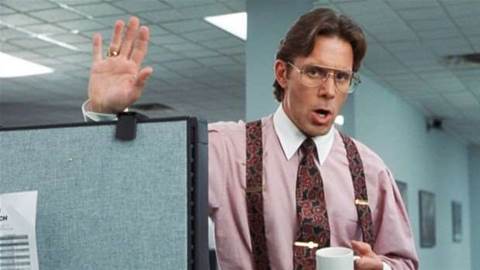 Your line manager can read your email, install a box under your desk to watch your productivity and more. How does that make you feel?

Imagine showing up at work tomorrow to find a black box under your desk monitoring your every move. Big Brother is now your boss. But this isn't some dystopian future – it's now. That very scenario happened to bewildered Telegraph journalists this week, who quickly uncovered the purpose of the mysterious boxes and complained enough that management backed down.

Such a move won't enamour workers to their bosses, but it could have further psychological effects beyond adding to your list of reasons to dislike upper management. Indeed, academics agree that while electronic monitoring might seem the right step to boost productivity, the demotivation it causes could undo any benefits.

But just what sort of tech is available for your employer to buy, and how much surveillance can they legally use? Here we answer those questions and look at what it all means for the inside of your skull.

The black box Telegraph journalists discovered under their desks was OccupEye – a heat- and motion-sensing device designed to log how often an employee sits at their desk. Generally it's used to see how well space is used in an office – as in, how many more people can be crammed in.

Of course, it's not only Telegraph workers being monitored. Companies have long kept an eye on employees via laptop logins and keystrokes, GPS to track trucks or delivery cars, call recording, or just the traditional security camera in the break room. But thanks to advancements in sensors, algorithms and other tech, much more can now be monitored.

Australian miners, drivers and more are wearing brain-scanning SmartCaps to watch for fatigue and boost safety, while an app from Plasticity Labs surveys workers throughout the day to track their happiness and try to boost their wellbeing. NCR's software watches for a high-number of voided sales in shops and restaurants, a sign of possible theft, and BP in the US gave Fitbit trackers to staff as part of a health campaign. Even telematics in trucks are used to keep watch on driver behaviour, letting bosses send a message nagging them to buckle up; while insurer AIG is investing in Human Condition Safety, which makes safety vests that aim to prevent injuries with sensors.

That may all seem more like Concerned Mum than Big Brother, but there are others: companies can even use GPS on work smartphones to see where out-of-office staff have wandered off to. While an extreme use of the technology, this Wall Street Journal article about a pest-control business owner who used GPS to track and fire drivers who slacked off on the job will give pause to any office-hours cheaters.

Big Brother boss: What can your employer do?

Not surprisingly, emails sent between employees on the company server are fair game, but your boss can do much more than that. According to the Citizens Advice Bureau, employers “have the right to monitor your activities in many situations at work”, listing the ability to open mail or email; record phone calls; see what websites you visit; and record you on camera.

“Big Brother bosses don't get the best out of employees. Staff who are being snooped on are less productive and less healthy.”

The European Court of Human Rights this week ruled that a company can read private messages sent during work time. The case surrounds a Romanian engineer who argued that his employer breached his right to privacy by accessing his Yahoo Messenger. The court disagreed, believing the company's claim that since the account was initially set up to speak to professional contacts, the company should be able to access it the same as work email, even though the worker was also using it for private conversations.

That doesn't mean your boss can access your personal Gmail account simply because you check it from work now and then, but if your company has a policy against personal communication during work hours, you could still lose your job over it, as unreasonable as that clearly is.

Indeed, Trades Union Congress general secretary Frances O'Grady warned companies not to see the ruling as a green light to snoop on workers' emails. “Big Brother bosses don't get the best out of employees,” she told the BBC. “Staff who are being snooped on are less productive and less healthy.” And academics agree.

Monitoring tech might catch out late employees, cheating sales staff and sleepy drivers, but it can also damage the mental health of everyone under the boss' watchful eye.

Kirstie Ball, professor of organisation at the Open University Business School and director for the Centre for Research into Information Surveillance and Privacy, has extensively studied how monitoring makes staff feel. Observing employees is part of a manager's job, she notes, but it can become controversial when there's low trust between workers and management. These trust issues can occur when jobs are at risk, workplace surveillance hasn't been explained, or staff feel powerless to challenge decisions made off the back of this collected surveillance data and information.

“The main issue concerns how monitoring in the workplace can intensify stress for workers, including things like low self-esteem, anxiety and depression,” she told Alphr. “If monitoring intensifies physical work, consequences can also include pain and musculoskeletal discomfort.”

"The main issue concerns how monitoring in the workplace can intensify stress for workers, including things like low self-esteem, anxiety and depression."

Researchers Debora Jeske and Alecia Santuzzi noted that covert, continuous or unpredictable surveillance tends to lead to “more negative attitudes on the job and towards the organisation” – no surprise, but clearly it didn't occur to The Telegraph's management. Their research also suggests that close monitoring leads employees to report more stress and feel they have no control organising their workloads.

“EPM [electronic performance monitoring] can have indirect influences on the extent to which employees are able to organise work activities according to their own preference, which might have negative effects on employee reactions and performance outcomes,” their report adds.

The study also found a “deleterious” effect on staff from phone, camera and IM/chat monitoring, particularly “in-flight” checks that don't leave staff time to fix an error before a boss spots it. However, less invasive monitoring such as recording login times on computers and tracking locations weren't damaging – potentially because they were used in specific, sensitive industries such as health or financial, where the employee also saw the need. 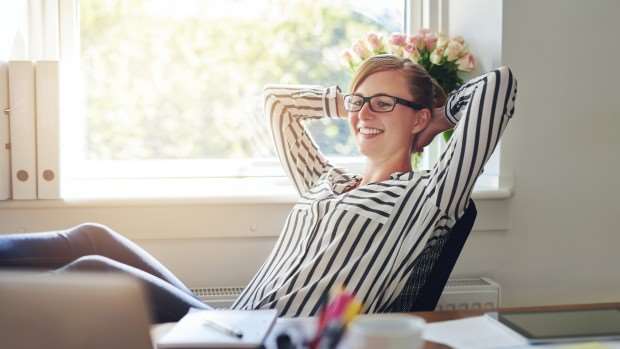 And whether or not management cares about your mental wellbeing, the Jeske and Santuzzi research notes that job satisfaction “has been shown to have a modest, but relatively consistent, positive influence on work performance”. They add: “Thus, the informational benefits of implementing EPM features must be considered in light of potential unexpected costs in performance due to negative psychological reactions from employees.”

Of course, as sensor technology improves and becomes more ubiquitous, the effects could worsen. “The big one for me at the moment is corporate wellness, which links to the body-sensor technology which caused controversy at The Telegraph,” notes Professor Ball. “However, many of these programmes rely on staff using wearable technologies which lay their embodied practices bare for their bosses to see. I am less comfortable with this because of the level of insight into what a person does, the type of conclusions that can be drawn about them, the tracking possibilities and so on.”

Although the technology may be new, the challenge isn't, she notes. “There'll always be a struggle to maintain the boundaries of the work/non-work self, but human beings are very canny. Now we're in an age where people have to consciously manage their work and non-work identities.”

“There is much more work involved nowadays in managing your identity within the workplace and maintaining your personal boundaries when in employment."

And while Ball stresses there is no “agreed definition” of privacy, the idea is useful for drawing a line between work and play. “It's possible for employers to get a much more fine-grained picture of who's working for them, what they are like, where they are and so on,” she said. “There is much more work involved nowadays in managing your identity – including one's electronic identity – within the workplace and maintaining your personal boundaries when in employment. It has also altered the boundaries between work and non-work settings, which is becoming more difficult to manage.”

“Privacy is a useful concept to deploy not only to protect one's time outside work but also the spaces in which one lives, one's close personal and family relationships, one's non-work life in general,” she added. In other words, keeping your private life away from your Big Brother boss may be the only way to keep your sanity at work. It may be wise to resist the temptation to take that “free” management-offered step counter home with you.

I have read and accept the privacy policy and terms and conditions and by submitting my email address I agree to receive the Business IT newsletter and receive special offers on behalf of Business IT, nextmedia and its valued partners. We will not share your details with third parties.
Copyright © Alphr, Dennis Publishing
Tags:
bosse email global positioning system gp monitoring tech telegraphy website
By a Staff Writer
Jan 22 2016
12:20AM