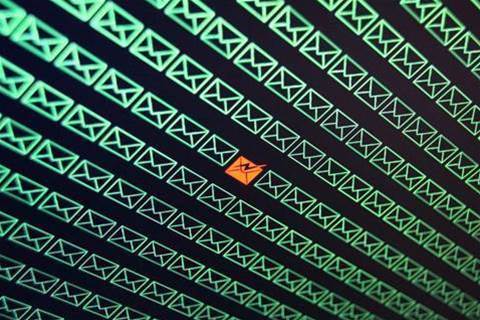 Yet another malicious email campaign appears to take advantage of the retail giant's Australian launch.

It might be coincidence, but hot on the heels of the Amazon Australia launch, local email security company MailGuard says it has spotted a scam campaign using the Amazon brand.

It follows yet another large-scale scam campaign using multiple brands earlier this week, but while these attacks have become regular occurrences, that doesn’t make them any less of a threat.

The emails in the latest campaign purport to concern purchases made on Amazon, with subject lines such as “Thank you for shopping with Amazon”.

They include a link to an “order confirmation receipt”, but like similar campaigns, what's downloaded is a zip file containing malicious JavaScript code.

MailGuard did not reveal the nature of this code, but the purpose of such files typically is to download real malware to the victim's computer.

Nor did the company mention the size of the campaign. Hopefully that means it was on a relatively small scale, but if the success rate is worthwhile the scammers might further misuse the Amazon brand. 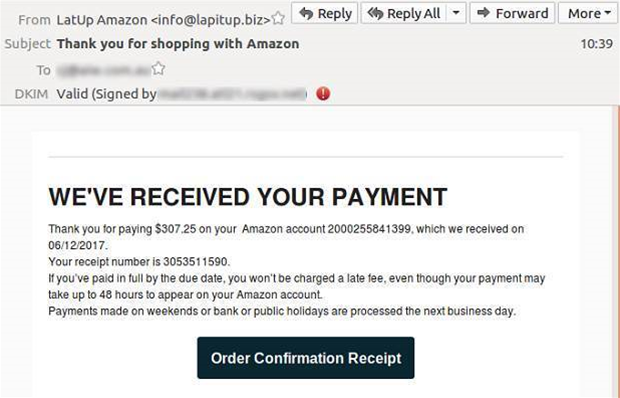 An example of one of the fake emails

So be on the lookout, and consider suitable technical measures to protect your business's inboxes.