More and more health professionals are using tablets, but how do you decide which one to choose?

It's no surprise that doctors love tablets, even excusing the terrible pun. Anything that can cut down the time it takes to diagnose patients and capture information is going to be welcome, and that's why, according to Epocrates, 53% of doctors were already using tablets in care provision in 2012 - a massive leap from 34% in 2011. Manhattan Research put the 2012 figure even higher at 62%.

Further research has shown that the tablets (and phones) are primarily being used to read journals, access professional knowledge resources, continue medical education and for communication. Accessing electronic health records (EHR) via a mobile device is also on the increase, for looking up patient notes and writing prescriptions, although the majority of this activity is still being performed using more traditional desktops and laptops.

According to IDC Health, the tablet market for doctors is likely to grow at an annual rate of 9.9%, and InformationWeek expects the mobile health market to reach $26 billion by 2017. However, a lot of this is unofficial or only partially sanctioned “bring your own device” (BYOD) usage, rather than via tablets or smartphones that were provided by the place of work and are fully integrated into the workplace IT systems. As a result, BYOD adds significant headaches for IT management, and EHR systems have not generally been optimised for use on tablets and smartphones.

Instead, a fully compatible tablet designed specifically for healthcare would be a much more appropriate option. If the primary usage will be for consulting records with minimal data entry, a healthcare-focused tablet such as the HP ElitePad 1000 G2 has many features that make it ideal. 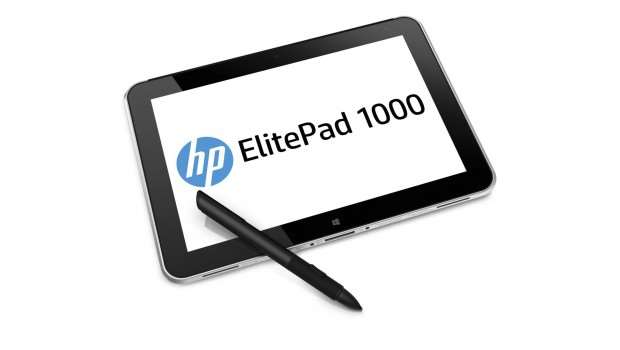 The device has a 10.1in screen, and its 1,920 x 1,200 resolution will be more than adequate for using applications aimed at regular desktop PC or notebook screens. Its weight starts at 1.1kg, making it extremely hand-portable. Yet, there's a capable Intel Atom Z3795 processor on board running at up to 2.39GHz, and 4GB of DDR3 SDRAM, so the ElitePad 1000 G2 will be able to run all the necessary software smoothly.

Hand-strap connectors are built in, meaning it can be carried and used safely when standing. There's a pen clip connector, and even a barcode reader and trigger buttons on some models.

The benefits of using portable computing in medicine can be very real and considerable. A trial in 2014 at the neonatal unit in Birmingham Women's Hospital showed that switching from paper to laptops or tablets for rounds could save on average 57 minutes' work a day.

The time saved was due to notes being made directly into the system during rounds, rather than on paper records that would have to be entered into a desktop system later.

This saved time could be spent on better communication, education, and overall improvement of patient care. Best of all, a tablet allows the doctor to take computing to the patient, rather than vice versa, so the patient can remain in the most comfortable environment for their care.