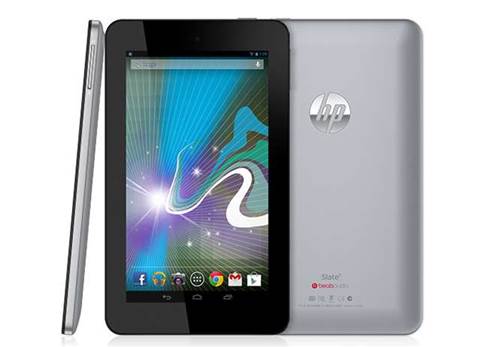 HP's 7 inch Android tablet, the Slate 7, will be available at major retail stores like Harvey Norman and JB Hi-Fi in mid-May at a starting price of $199.

At that price it makes the cheapest HP Slate 7 (there is also a more expensive model, according to this article on Ausdroid) $50 cheaper than the the Nexus 7, one of the better-known Android tablets on the market.

So what do you get for $199? What we really like is the support of Micro SD cards so you can expand the very small 8GB internal storage to up to 40GB, something the Nexus 7 does not support.

That resolution might be fine if you haven't been spoilt by the other higher resolution, though admittedly more expensive, tablets on the market. We'll reserve our final judgement for a full review.

HP does claim that the screen has properties which make it easier to view even while outdoors (for the technically minded, the display uses High-Aperture-Ratio Field Fringe Switching (HFFS)).

We spoke to an HP spokesperson who confirmed that major retailers such as Harvey Norman, JB Hi-Fi and Good Guys will be selling the device. The web site says that the device will be delivered by "mid-May" if you order through HP online directly.