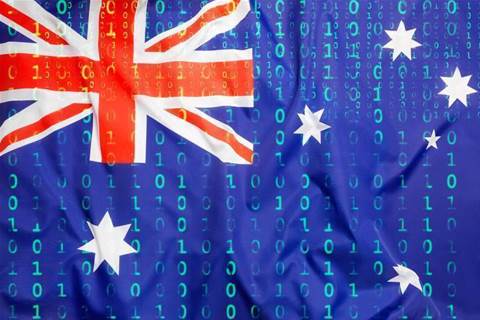 Security provider warns of Trojan that steals banking credentials and other personal data.

Security provider Proofpoint has warned that the DanaBot banking Trojan is being aimed specifically at Australians through emails purporting to be an E-Toll account statement from NSW Roads and Maritime Services, among others.

The company first noticed DanaBot being targeted at Australians in early May. Those emails had the subject “Your-E-Toll account statement” and linked indirectly to a malicious Microsoft Word document.

If that document was downloaded and opened (and macros were enabled) it in turn downloaded the DanaBot malware – but only if IP geolocation suggested the victim was in Australia.

Once installed and configured by its command and control server, DanaBot captures a system info report, a screenshot of the desktop, and a list of files, and sends them to the server.

More recently, DanaBot has been spread via emails with a variety of subjects, including:

These emails link to a JavaScript that downloads DataBot. 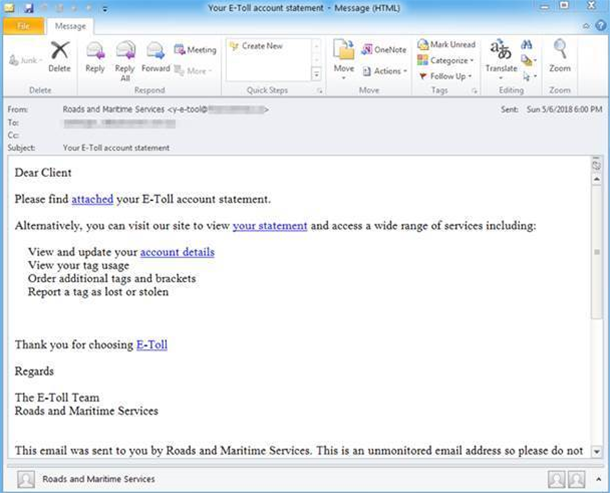 “After nearly two years of relentless, high-volume ransomware campaigns, threat actors appear to be favoring less noisy malware such as banking Trojans and information stealers. DanaBot is the latest example of malware focused on persistence and stealing useful information that can later be monetized rather than demanding an immediate ransom from victims,” said Proofpoint.

Banking Trojans now account for almost 60 percent of malicious email payloads, according to the company.

“The social engineering in the low-volume DanaBot campaigns we have observed so far has been well-crafted, again pointing to a renewed focus on 'quality over quantity' in email-based threats.”