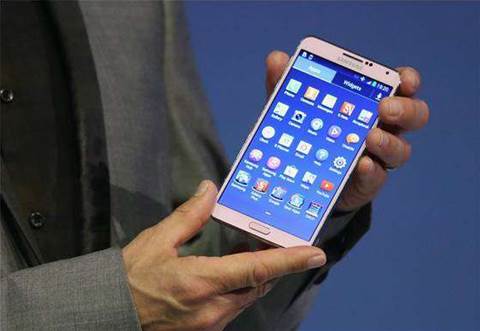 The Samsung Galaxy Note 3 will be on sale Australia on October 3 from Optus, Telstra, Virgin Mobile and Vodafone.

The Galaxy Note 3 will be available from all major carriers both on a plan or as an outright purchase for $999.

You can also pre-purchase the pen-phone (as we're calling it) starting today from Optus and Vodafone in addition to Samsung Experience stores.

Samsung will only be releasing the 32GB model at launch with a 64GB version expected sometime in the near future.

The large 5.7inch screen along with the S-Pen and special software features make the Galaxy Note 3 a potentially useful work tool, especially if you do a lot of emailing and other tasks on your phone. We covered some of the new features here.

The phone will come with 50GB of bonus Dropbox storage for two years, 12 months access to Evernote Premium, 13 week subscription to The New York Times and access to Bloomberg+ news.