Australia is a leader in flexible work practices: study 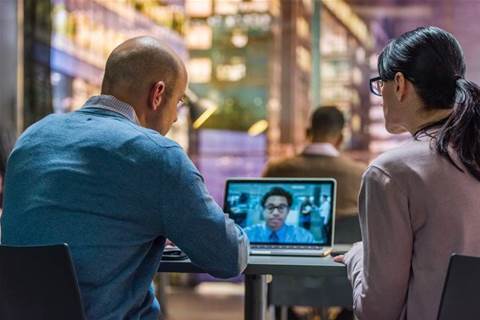 A new survey has found that Australia is one of the most flexible countries to work in, with 90% of local companies offering flexible working benefits.

The Polycom Anywhere Working study of more than 25,000 workers found 62 percent of the global population work from anywhere. The figure for the 2000 Australian respondents was even higher at 75 percent.

“With the build of high speed broadband networks, technology can now give people the freedom to work the way they want, regardless of where they are. In today’s technology-enabled workplace, flexible working is becoming business-normal; employees expect it and employers need to provide flexible working policies to attract and retain their best talent," said Polycom Australia and New Zealand managing director Tony Simonsen.

“Regardless of whether you are working in Australia or China, a millennial or baby boomer, the findings show that people have the same expectations when it comes to flexible working – they want location liberation, the ability to work and collaborate in a very human way that gets the job done.”

Your correspondent may be biased (he avoids video conferences and video calls whenever possible), but the finding that 79 percent of Australians use video collaboration multiple times a day to stay in touch seems hard to swallow.

Yet the idea that 98 percent of all respondents believe that anywhere working has a positive impact on productivity is very plausible. Practically everyone who has worked in an office knows about the productivity-sapping practices and distractions that are normal behaviour in such settings.

It's not all rainbows and unicorns, though.

The idea that if you're not being seen to be working hard you won't be thought of as a hard worker still resonates. Even though millennials (18-30 year olds) are often regarded as the most tech-savvy generation among the workforce, 62 percent of them – the highest proportion among all age groups – were concerned that they would not be perceived as hard-working if they were not in the office.

So it shouldn't be surprising that 34 percent of Australian respondents believe they might be overlooked for a promotion if they work remotely.

And 59 percent worry that working anywhere might lead to them working longer hours than if they went in to the office every day. That aligns with earlier research that suggested the "commute dividend" – time saved by working at or near to the employee's home rather than travelling to a traditional workplace – is typically split approximately equally between work and personal time.

Clearly, flexible working doesn't work for all jobs. A barista needs to be where customers want coffee, for example. But many "information workers" can do their jobs just as well from home or co-working spaces, and may be more productive as a result of fewer interruptions and the tendency to donate some of their reduced travel time to their employers.

If you do decide to offer this kind of flexibility, it would seem wise to make sure your staff evaluation processes focus on outputs to help offset any bias towards those who you see face-to-face every day.