Australia has a culture of late payments says Industry Department 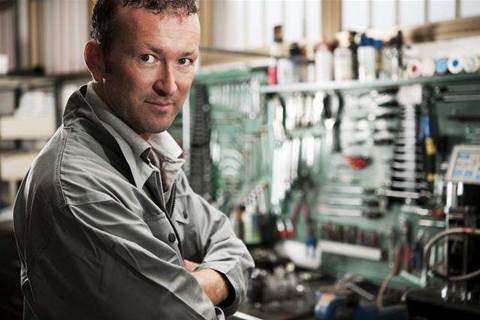 The cash flow problems created by a culture of late payments are putting many small businesses at risk.

One of the frustrations of running a small business is the way some customers - especially larger ones such as big corporations and government entities - can be cavalier about the due dates shown on your invoices, but if you're a bit late paying an electricity or phone bill or one of you suppliers' invoices they can be quick to escalate the matter.
We've all got to manage our cashflow to some extent. As we noted with Xero's clever trick for getting your customers to pay on time, there's an important difference between paying at the last minute and being late with the payment. When making a cashflow projection, you should plan to pay your debts on time and be able to assume those who owe you will do the same.
Newsletter Signup

I have read and accept the privacy policy and terms and conditions and by submitting my email address I agree to receive the Business IT newsletter and receive special offers on behalf of Business IT, nextmedia and its valued partners. We will not share your details with third parties.
Sadly, the idea of honour seems to be slipping away from the business community. What happened to "my word is my bond" (the London Stock Exchange motto)? If goods or services were provided on time, shouldn't payment also be made on time? But power has taken the place of honour, and if one organisation is in a position to force another to wait, that's often what it does.
That's not merely your small-business-operating correspondent's opinion. "Dun & Bradstreet estimates that a staggering $19 billion annually is locked away from businesses beyond the widely accepted 30 day payment term," according to the Federal Department of Industry, Innovation, Climate Change, Science, Research and Tertiary Education's  Australian Prompt Payment Protocol Discussion Paper
The paper also notes that 90% of small business failures are caused by poor cash flow, that small businesses represent almost 96% of all businesses in Australia, and that they "may face an inherent imbalance of bargaining power when dealing with large companies."
In the last five years, the average number of days taken to settle business accounts (nominally 30 days) has not fallen below 50 days, and the latest figures show large companies are the worst offenders taking an average of 56 days compared with the overall average of 54.1 days. Which industry sectors are the worst? Mining; electricity, gas and sanitary services, and communications.
To be fair to the government sector, the Commonwealth '30 Day Payment Policy for Small Business' has resulted in approximately 97% of invoices being paid on time, and penalty interest is automatically paid after 60 days.
"The problem of late payment goes beyond merely a need for businesses to make quicker payments – it is also about payment behaviour. Businesses want reliability and certainty of payment terms, to build enduring and sustainable business relationships." To which we say, "hear, hear!"
So the plan is to establish a voluntary Prompt Payment Protocol and have companies publicly commit to its terms.
Five "fundamental principles" are proposed:
We would encourage small business operators to read the discussion paper  and provide feedback or comments to help move the proposal in the right direction.
Copyright © BIT (Business IT). All rights reserved.
Tags:
cash flow services
By Daniel James
Jul 26 2013
9:35AM