Aussie retailers should get their Christmas wish this year 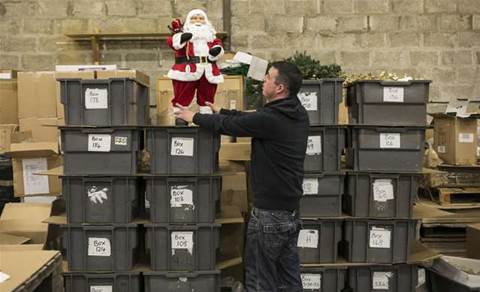 Consumer Sentiment fell by 4.8% in December, but despite the drop other indicators still point toward a robust Christmas period for retailers.

Retail trade recorded its strongest result for three consecutive months to October, with Queensland and Western Australia leading the way.

A closer inspection of ABS Retail figures indicate six consecutive months of positive results and this suggests consumer confidence has finally returned to the market.

The Commonwealth Bank surveyed 1000 of its customers and estimates we will spend at least A$2.2 billion more this Christmas than we did last year, and the Australian National Retailers Association has predicted we will splurge close to A$30 billion over this Christmas period.

But it may not be a rosy outlook for all retail sectors. Overall we are spending more, but not where we once traditionally did.

Department store sales were down (0.3%) and household goods were flat. In fact Westpac’s Consumer Sentiment report noted a 2.3% decline in shoppers suggesting it was now a good time to buy a major household item. But we are eating out more, with cafes, restaurants and take-away up. Clothing, footwear and accessories also produced a positive result.

The way we shop at Christmas has changed dramatically over the past 20 years. Where once we battled the car parks and crowds, venturing into the large department stores, many of us are choosing more efficient ways to shop this Christmas.

Shopping from the office, in our lounge rooms and on the way to work on tablets and mobile phones is now an easy option. And it would appear three quarters of us are shopping locally online.

Online shopping remains at an embryonic stage in Australia at 6.4% of total retail spending. In the United States and the United Kingdom it’s closer to 10% and this suggests significant opportunities for Australian retailers to bolster sales through online platforms.

So are Australian retailers finally catching up, responding to changes in consumer shopping patterns by implementing multi-channel approaches, including online?

Deloitte’s Christmas Retailers' Survey suggests Australian retailers continue to lag behind the rest of the world and are not responding fast enough to leverage these opportunities.

For some however, the traditions of Christmas shopping are hard to break.

Christmas shopping is steeped in consumer ritualism. Just as football fans paint their faces, wear their favourite jerseys and engage in the atmosphere of the game, shoppers do the same things. Stocktake sales, Black Friday (US), Boxing Day shopping, and lining up for seafood at Easter are all examples of consumer ritualism. It is a rite of passage.

Christmas shopping is a deeply entrenched, family shopping ritual. Parents bring their kids to the Myer/David Jones windows. We battle the traffic, hunt for a car parking space, push through the crowds, run all over town at Christmas time, because that is what our parents did, that is what we have always done. For this group of shoppers, online shopping at Christmas is just not “kosher”, and telling people how much effort they went through to get the gift simply adds to the sentiment.

NAB’s measure of online retail spending is growing at 0.3% a month, its slowest pace in the three-year history of the index. At the same time, bricks and mortar retail trade grew by 0.5%. This slow down in online sales growth has been attributed in some way to the slump in the Aussie dollar, which has fallen from more than US97¢ to under US90¢. With about a quarter of our online spending going to overseas stores, a fall of that size makes imported goods noticeably more expensive.

A weakening in daily deals sites may also account for this slowdown, as retailers tire of selling their goods and services at deep discounts.

A slowdown in online shopping will be even more pronounced as we lead up to Christmas, and so I predict a strong Christmas for retailers this year.

Gary Mortimer does not work for, consult to, own shares in or receive funding from any company or organisation that would benefit from this article, and has no relevant affiliations.