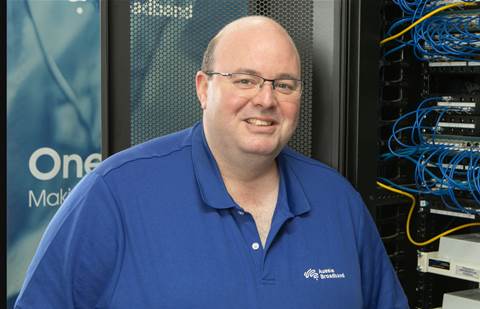 Managing director Phillip Britt said in a statement that the proposals were “not even remotely close” to what Aussie Broadband was looking for.

“Due to the significant growth the industry has experienced in the last 12 months, and the fact that usage has not returned to pre-COVID levels, we believe that the proposed changes are wholly inadequate to support the needs of the RSPs and ultimately, Australian broadband users,” Britt said.

Britt added that once the proposals come into effect in May 2022, the traffic would be “significantly” higher again.

Aussie Broadband proposed a three-phase solution by way of a written submission to NBN Co, wherein the network provider should reinstate a COVID-19 style rebate, increase the bundled CVC allowance for high-speed tiers, and eventually scrap CVC in its entirety.

Britt also warns that RSPs will be forced to raise retail prices or reduce service levels if NBN Co retains the CVC pricing model while usage continues to increase each year.

“The telco industry has effectively come off 12 months of not having to worry about CVC, other than network traffic during COVID,” Britt said.

“The NBN proved during the pandemic that it completely supported the needs of both the industry and consumers, and we’re looking for this support to continue. We believe this is in the interest of all Australians.”

“We are open-minded and will be pragmatic about alternative wholesale pricing constructs which could deliver beneficial outcomes for customers and the industry. NBN Co has demonstrated this approach over the last two pricing consultations that have delivered significant value for customers, as well as increased certainty and simplicity for retailers including through introducing the bundled pricing, decreasing pricing, particularly for higher speed tiers, increasing capacity inclusions and introducing averaging of capacity charges which reduce costs and make it easier for retailers. These changes have significantly improved the ability of industry to deliver the benefits of the NBN investment to customers.

“NBN Co views the proposed 24-month wholesale product and pricing roadmap as a baseline only. It will not prevent us from introducing a new wholesale pricing construct if required, providing it supports our ability to reinvest in the network.

“It’s important we consider all feedback from large and small retailers to ensure there are no unintended consequences and provided any framework is commercially sustainable and encourages take up so all Australians can access the benefits of the network."

Walliss cited NBN Co’s response to the pandemic including the free CVC boost, and bringing forward additional CVC inclusions for 100+Mbps services to 1 December 2020, which he said effectively provided additional capacity to internet retailers six months ahead of schedule.

“We are also offering retailers rebates with a total value of more than $100 million as part of the Focus on Fast campaign. Collectively, these initiatives provide the industry with significant support and wholesale pricing incentives to help them manage the growth in data consumption, greater certainty on our wholesale prices, while improving customers’ access to higher speed tiers,” Walliss added.

“NBN Co could not have delivered this level of industry support without having a healthy balance sheet. The additional capacity that we provided at no cost to internet retailers throughout most of 2020 and early 2021 represents forgone revenue that was an effective but necessarily constrained use of what is effectively taxpayers’ money. This revenue would have otherwise been used to reinvest back in the network to improve services to customers across Australia.”