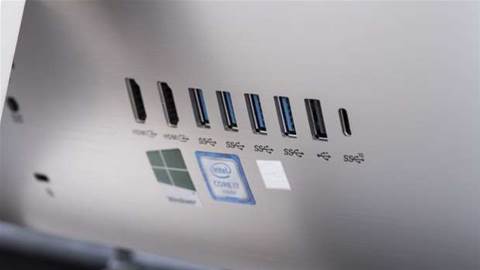 A top-end spec for a top-end price, the Zen AiO is a genuine iMac alternative

Many all-in-one PCs aim for premium status, but few manage to hit all the right notes, and even fewer are able to hold a tune like Apple's iMac. It's still the most complete system for those needing lots of power and top quality screen. For those craving an alternative, however, Asus' latest Zen AiO is a genuine challenger, with styling to match the specification.

The Zen AiO's looks are consistent with the firm's Zen laptop range, and its gold-tinted, brushed metal chassis and sharp, machined corners make it look and feel every bit the premium PC.

Form appears to have triumphed over function, however, with Asus mimicking Apple's approach to port placement. Its four USB 3 ports, two HDMI outputs, SD card reader and 3.5mm audio jack are all in the middle at the rear, making them comically difficult to reach. And, unlike Apple iMacs, which are generally easy to rotate despite their size, the Zen AiO's flipper-like stand is somewhat harder to spin around. If you regularly plug connect and disconnect peripherals, you'll want to buy a more easily-accessible USB hub.

All that will be forgotten, however, once you take in its glorious 24in, 3,840 x 2,160 resolution screen. With the Zen AiO aimed at professionals as much as home users, real attention has been paid to colour performance, and the results are a real eye-opener. In testing with our colorimeter, it achieved 99.9% coverage of the sRGB colour gamut and very good colour accuracy as well. It's a seriously impressive panel, and with a peak brightness of 303cd/m2, it's also more than bright enough.

Our only gripe is the fairly high 0.33cd/m2 black level. This would be acceptable on a cheaper PC, but on one looking to entice video producers and photographers, it's slightly too high, making it tricky to differentiate black from very dark shades of grey and so compromising shadow detail.

The built-in speakers match the great picture with impressive audio. Music, explosions and speech all sounded surprisingly full of depth and were, for the most part, very clear. At 100% volume the chassis begins to vibrate slightly, but keep it just below that, which is quite loud enough, and this a great-sounding PC. 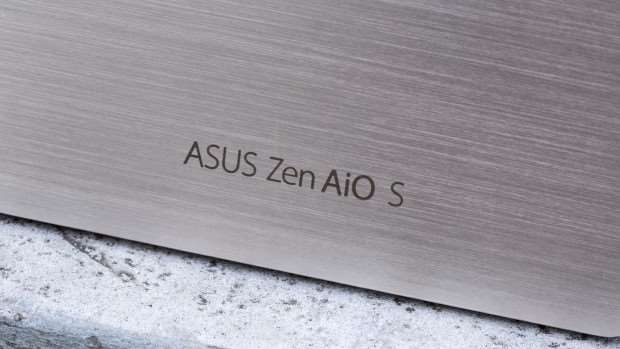 There's also an integrated Intel RealSense camera above the display, which allows for advanced motion controls and even some motion-based gaming. The list of titles that support RealSense is admittedly very small as yet, but it is, at least, useful for Windows 10's Hello security feature, which lets you log on instantly using just your face.

The bundled mouse and keyboard aren't up to the same standard as Apple's efforts. They might be wireless, but are made from plastic. The keys on the keyboard have a decent amount of travel and aren't overly spongy, but I'd expect better than this - and the basic two-button-and-scroll-wheel mouse. 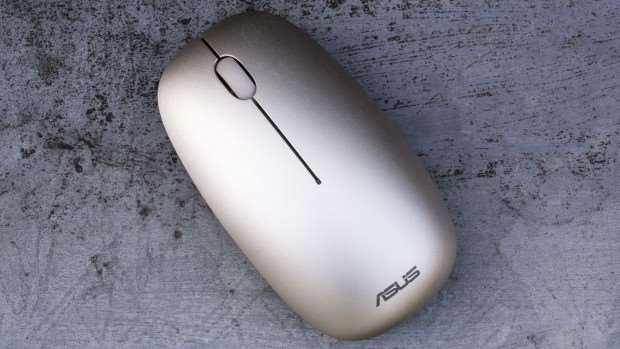 The quad-core, 2.8GHz Core i7-6700T processor inside the Zen AiO is a slightly underclocked version of Intel's desktop i7-6700, but it can still hit a maximum boost speed of 3.6GHz.

Paired with 16GB of DDR4 RAM, the Zen AiO achieved an overall benchmark score of 86. This included a rather low score of 70 in the image rendering test and a high point of 98 in the video rendering portion. The processor has Intel's Hyper Threading feature, meaning each of its four cores are treated as two, significantly improving performance in complex tasks.

The low image editing score points to slightly sluggish single-core performance, but mostly this lethargy is down to the slow, 5,400rpm 1TB hard disk.

Still, despite the mechanical disk, noise is at least kept to a minimum, even when the fans are at full speed. The PC never gets particularly hot, either, even during the toughest of tasks, which is a testament to the design of the cooling system and the energy efficiency of the components inside. 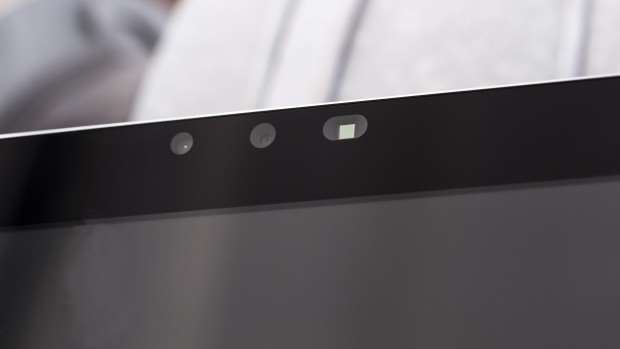 The Asus Zen AiO is also a decent gaming machine, thanks to its 4GB Nvidia GeForce GTX 960M graphics card. This is a chip you'd normally find in mid-range gaming laptops, but we've known it to produce desktop-level performances in the past.

In the Dirt Showdown benchmark at Full HD resolution it achieved 46.2fps, while in the extra-challenging Metro: Last Light Redux benchmark it managed a slightly unplayable 18fps. Disabling the notoriously challenging SSAA anti-aliasing improved this to 59fps. So it's a capable gaming PC, as long as you're prepared to stick to 1080p and High detail settings. More casual offerings, however, such as Minecraft won't trouble it one bit.

The Asus Zen AiO Z240ICGT is a premium all-in-one PC with plenty of power and a terrific screen. It can even play a few games. My only reservation is the sluggish hard disk, which puts a dent in its professional photo- and video-editing credentials.

If you're not going to be working with this sort of material professionally, it's a decent buy, less than Apple's entry-level 27in 5K iMac. For your money, you get similar performance, better graphics capabilities but a smaller screen and cheaper peripherals. It's horses for courses, really. If you want Windows and all that it offers, the Zen AiO is a great choice.

I have read and accept the privacy policy and terms and conditions and by submitting my email address I agree to receive the Business IT newsletter and receive special offers on behalf of Business IT, nextmedia and its valued partners. We will not share your details with third parties.
Copyright © Alphr, Dennis Publishing
Tags:
apple asus asus zen aio asus zen aio160z240icgt hardware imac imac with retina 5k display zen aio
By a Staff Writer
Jan 22 2016
12:20AM