Are you stuck with Dick Smith gift cards? 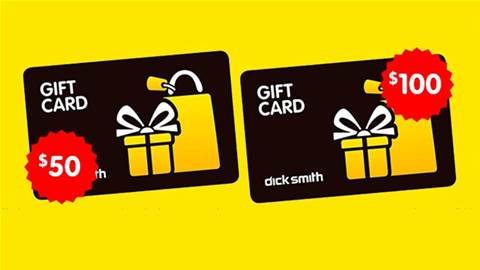 Oh dear. You decided to take advantage of the pre-Christmas 10 percent bonus value on Dick Smith gift cards as a way of saving money on a tech refresh for your business, but between the end-of-year festivities and summer holidays you didn't get around to redeeming them. Now what?

You've done your dough, at least in the short term.

The company has gone into receivership. What that basically means to customers is that while the business continues to trade (with insolvency specialist firm Ferrier Hodgson in charge), gift cards will not be honoured if they purchased prior to Dick Smith entering administration earlier this week.

It has been suggested that the secured creditors that put Dick Smith into receivership were motivated at least in part by the influx of cash from the sale of gift cards in the run-up to Christmas.

But just in case there's any money left for unsecured creditors, gift card holders may want to notify Ferrier Hodgson that they are owed money by the company. Normally, a receiver contacts a failed business's creditors, but when it comes to gift cards purchased at supermarkets, the company has no records of the purchasers.

Ferrier Hodgson hopes to sell the business as a going concern, but that's of little consolation to gift card holders unless the firm gets a really good price. Any new owner is unlikely to honour the cards, so the only real hope is that the sale raises enough money to pay unsecured creditors a worthwhile proportion of what they are owned.