Are you an app developer? Microsoft’s BizSpark can help you get started 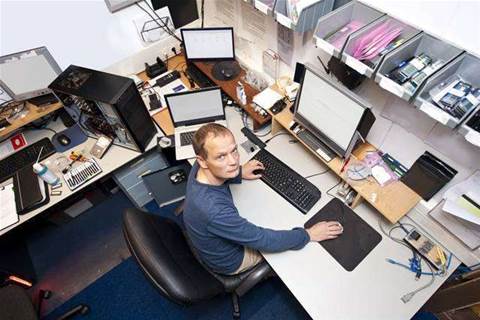 Setting up a tech startup in Australia isn’t easy but there are initiatives out there that can help get things off the ground.
One such program is Microsoft’s BizSpark, which just celebrated its five year anniversary and in that time has amassed more than 3000 Australian startups.
Newsletter Signup

I have read and accept the privacy policy and terms and conditions and by submitting my email address I agree to receive the Business IT newsletter and receive special offers on behalf of Business IT, nextmedia and its valued partners. We will not share your details with third parties.
According to BizSpark, the organisation has recently received “record interest” with over 160 Australian registrations in August and September alone.
So what is BizSpark? It’s Microsoft’s free program geared towards startups that develop apps or desktop programs.
By signing up, Microsoft provides startups with three years of free software including Office, Windows 8, Visual Studio, SharePoint and free hosting via Microsoft’s cloud hosting service, Azure.
Members also get access to mentorship and Microsoft Innovation Centres (MIC), where startups can come in and use meeting rooms and other office related facilities.
According to Microsoft, 95 apps have been developed by startups since the centre opened in Queensland last year.
Getting access to free software, hosting and office space would be appreciated by many cash strapped startups but the interaction opportunities with experts in the field and other like minded individuals might prove to be invaluable.
One of BizSpark’s Australian success stories is LEAPIN Digital Keys, a product that replicates the functionality and security of a smart card security system by using your smartphone. We originally covered LEAPIN and their Digital Keys product here.
There are number of other success stories on the BizSpark website.  The case studies are also seen as a visibility platform for select startups to gain greater exposure.
According to the BizSpark website, startups need to be developing software or apps, must be less than 5 years old and making less than US$1M annually to qualify.
Interested startups can signup from the BizSpark registration page.
Copyright © BIT (Business IT). All rights reserved.
Tags:
apps microsoft services
By Krishan Sharma
Dec 5 2013
9:59AM