Are Macs still safer than PCs? 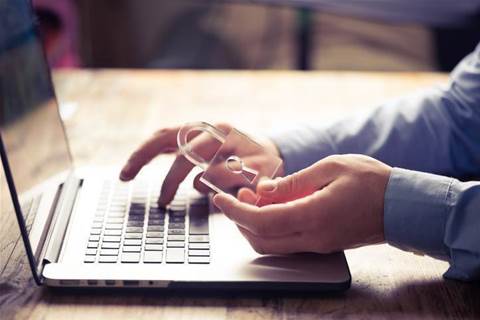 Yes, generally, but the gap appears to be narrowing. Here's how Mac users are being targeted.

Security-savvy users have chosen the Mac in the past as it was seen as the smartest option. However, the ever-changing nature of phishing and other malware attacks may have rendered this assumption critically outdated.

It's widely known that there are fewer malware families for MacOS than for Windows but it should be taken into account that phishing attacks are fairly indiscriminate in their targets. This means you can and will be affected by them no matter what device you are using.

Mac does not provide the protection, when it comes to lost financial data, that it may have done in the past. Kaspersky found in 2016 that 31.38% of blocked phishing attacks that Mac users experienced attempted to steal financial data. Furthermore, this may be a noticeable drop from 51.46% in 2015, it is still fairly high for Mac users to be comfortable.

Despite this, the study also found that financial phishing for Windows PCs reached an all-time high in 2016. The number of Android users, too, who were affected by malware rose by an incredible 430% to reach 305,000 worldwide because of a certain browser security flaw.

Karl Walsh, cybersecurity consultant at IT consulting company Capgemini, said: “The old claim of 'no viruses on Macs' no longer applies. There are actually quite a few malware threats to Apple's platforms in the wild, plus the perceived higher disposable income of Apple's audience may make them a more attractive target for ransomware.

“The majority of attacks target the Windows platform, but using a Mac does not guarantee immunity,” he continued. “This misconception just persists because Windows vulnerabilities gain more press.”

How are Mac users being targeted?

Distinct differences between MacOS and Windows remain, with the brands used to target companies and individuals varying greatly. As found by Kaspersky as part of their ‘Financial Cyber-threats in 2016’ report, while Amazon tops the list of frequently used e-shopping brands for Windows, for Macs it is Apple.

This can be explained by the amount of trusted services such as iTunes and the AppStore, which criminals take advantage of to fool unsuspected users. You can read more about the differences between Mac and Windows attacks in the full report.

The advice is the same for users whatever device they may be using, and it is particularly pertinent for those using different operating systems across desktop, mobile and tablet to abide by the tips outlined by cyber security leaders.

“Regardless of the operating system in question,” added Anthony Haywood, cybersecurity director at Capgemini, “it is imperative that users take reasonable security precautions, understand and enable operating security features, using an industry standard endpoint protection technology and never opening any attachment from an unknown sender, and certainly never executing anything unless the executable is digitally signed by a known and verifiable author.”

So, while Macs remain the safest option for organisations wishing to best protect themselves from financial losses via phishing attacks, the margin may be much smaller than it was just a few years ago.

With the cyber-threat landscape constantly evolving at an alarming pace, organisations must keep informed of what best suits their needs while working to stay secure in any way they can.