Architects: another profession on the list of people using Evernote 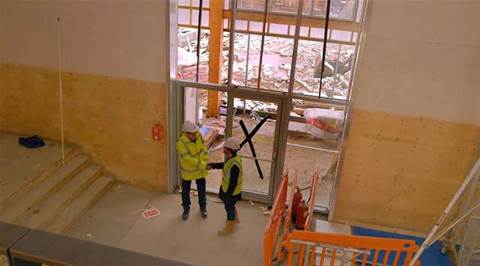 Yes, apparently the hugely popular Evernote note-syncing app is also being used by people who make buildings. Watch the video.

Architects work a lot with paper designs, so what would they do with a computer-based note-sharing app like Evernote?

Instead of throwing all the paper away, the people at London architects RCKa scan it into Evernote, where it stores so if anyone on the team can find it on their computer.

Below is a video summarising what they do - it's also a handy 1.5 minute summary of why the heck so many people use this program.

We spotted the video on the Evernote blog. There's also some screenshots of how they use it here.

Personally, we have mixed feelings about Evernote.

We used it for a while. As much as we tried to avoid it, we still kept experiencing "conflicts". This is where the software would encounter two different versions of the same document - resulting in a messy situation where both copies are stored, and you have to figure out which is which.

Also, if you are planning on using the software to share documents with colleagues, be aware of something else - based on what Evernote representatives told media at the launch of their Business version in Sydney last year, it is our understanding that Evernote isn't meant to be used by two people to edit the same document at the same time. There are some comments here from an Evernote spokesperson about this.

That aside, if you deal a lot with paper documents at work, it shows what is possible. Last year we interviewed this house builder in Australia who uses iPads at the job site to check job plans.

Some scanners and printers can create a searchable PDF and file it away on your server or send it directly to your computer.