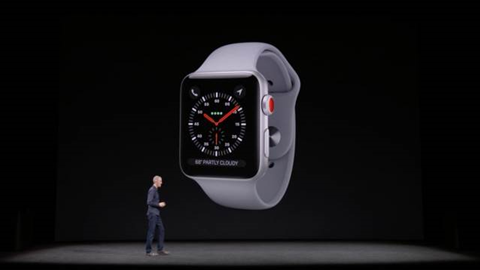 The new iPhone X and iPhone 8 smartphones might have been the headline acts, but Apple also announced new models of the Apple Watch and Apple TV at the big launch event today.

The Apple Watch Series 3 is the first of the company’s wearables to come with built-in cellular connectivity. “Now you can go for a run with your watch and still be connected,” said Apple’s COO Jeff Williams, adding that you can receive calls on the same number as your iPhone while you’re away from the handset.

Williams also waxed lyrical about the Series 3’s capabilities with Apple Music, with users being able to stream 40 million songs directly to the wearable.

The Apple Watch Series 3 comes with a new dual-core processor, a quicker Siri that can talk, 85% faster Wifi and an in-built altimeter. There is a W2 wireless chip for Bluetooth and Wi-Fi. 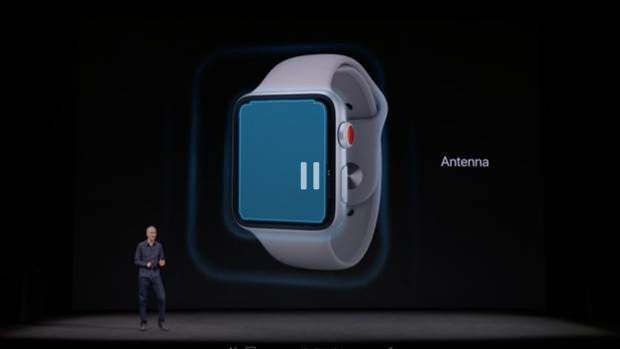 In terms of 4G connectivity, the Apple Watch Series 3 display itself is an antenna, and Apple has integrated an eSim. The device is the same dimensions as the Series 2.

Series 3 will come with a “wide variety of cases and bands”, including Space Grey and a new sport loop band.

In terms of pricing, the Series 3 start at A$459 without cellular and A$559 with cellular – although you can pay significantly more, depending on the case and band. Orders begin 15 September and shipping in 22 September.

Apple also announced WatchOS 4, which will land 19 September. The Apple Watch’s heart rate sensor, apparently  “the most used heart rate monitor in the world”, is getting an update. Apple will be increasing the amount of measurements that are given, including resting heart rate and recovery heart rate.

They will also be giving new focus to heart rhythm; something the company is linking to a new initiative called the Apple Heart Study. Done in coordination with Stanford University, the study will pick up heart rhythms and warn users about heart arrhythmia.

Apple has announced that it’s finally catching up with 2017’s TV streamers with the announcement of Apple TV 4K.

As the name suggests the new streaming device will support 4K resolutions along with industry standard HDR10 and Dolby Vision – which means it will offer up to 3,820 x 2,160-pixel resolution and the improved contrast and colours of high dynamic range (HDR) video on compatible TVs. 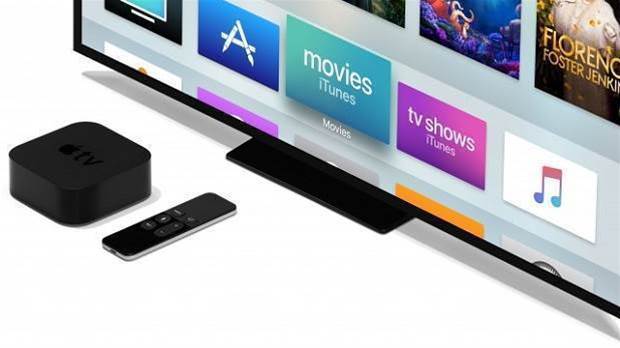 Apple has brought in nice little touches for avid Apple TV users. All those films you’ve ever bought on iTunes will automatically be upgraded to 4K for no extra cost. Netflix and Amazon Prime TV will also be bringing their 4K HDR content to Apple TV too.

Apple is also bringing live sports and TV to the Apple TV too, with support from well over 25 different services.

This news story is based on Apple Watch Series 3 and Apple TV 4K articles that originally appeared at alphr.com.