Apple Watch 2 gets GPS and waterproofing 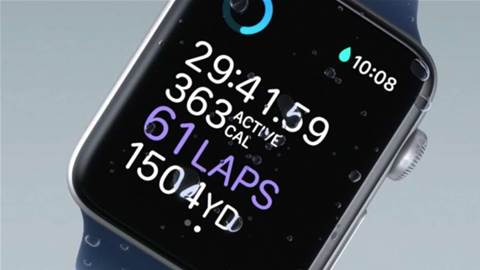 The announcement of the new Apple Watch Series last week was something of a warm-up act for the long awaited iPhone 7, but it does – in its own evolutionary way – impress.

If you saw an Apple Watch Series 2 on a store shelf, you'd be forgiven for thinking you were looking at last year's model. As the rumours predicted, Apple has taken the approach of fitting more stuff into the available space rather than reinventing the design.

We are, however, getting new colours, most notably a ceramic Apple Watch Series 2 – a model that Apple's chief operating officer Jeff Williams described in his presentation as “remarkably smooth”, boasting that it is four times harder than stainless steel. Apple will also be continuing their partnership with Hermès.

The real innovation is within the watch itself. The Apple Watch Series 2 has a dual-core processor that Williams boasts will be 50% faster, backed up with a new graphics processing unit which should be twice as fast as the original. 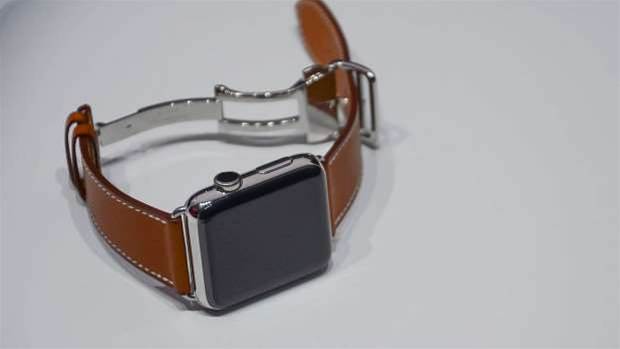 But speed boosts are to be expected. The real advantages come for the sporty: not only does the Apple Watch Series 2 come with GPS as predicted ahead of launch, it's also swimproof. It comes with a rather clever design where the speaker actually spits out water once you're back on dry land again, and means that it can sustain water pressure of up to 50 metres. That's “pretty deep”, as Williams observes.

The screen also gets a big upgrade. So big an upgrade, in fact, that it's superseded the brightness on all of Apple's existing products, hitting the heights of 1,000nits. That should make it a lot easier to look at in direct sunlight, which is obviously a good thing. 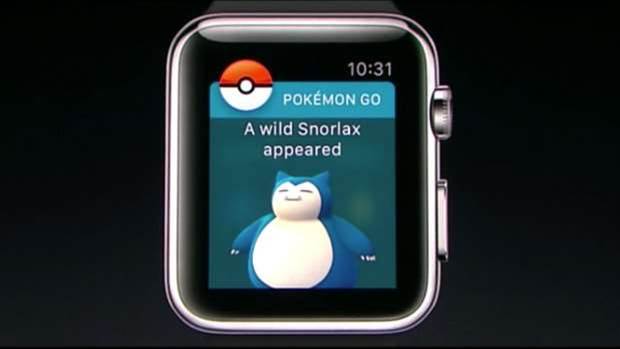 One thing that didn't get a mention is battery life. Hopefully that was an oversight rather than a worrying omission. Given Apple took the opportunity to announce the power-hungry Pokémon Go for Apple Watch, you'd better hope that this model has more stamina than the older version.

As expected, watchOS 3 will debut with the Apple Watch Series 2. The software will be released on 13 September, three days before the watches go on general sale. 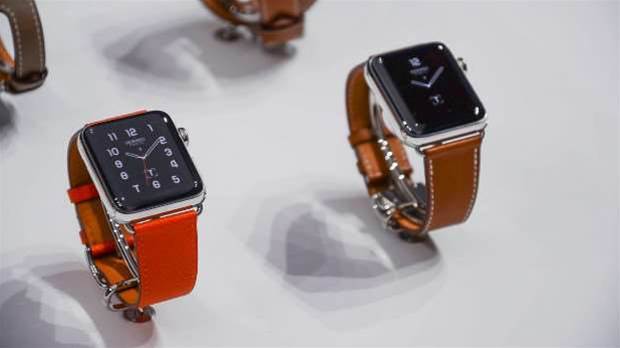 We've been using watchOS 3 for a while, and our favourite feature is the change in how the big button on the side of the watch works. Now, instead of bringing up a rotary menu of your favourite contacts (which no-one I know used), it gives you a “Dock” with your most recently used and favourite applications, all of which the Watch keeps in memory. This makes them much easier to access and quicker to load, which is a big deal on the underpowered first Apple Watch, and is still likely to be incredibly useful on the Apple Watch 2.

Which brings us to the price. Despite the rumours being pretty much spot on ahead of the launch, we were blindsided by one announcement: the Apple Watch Series 1. That's basically the existing Apple Watch, but with the speed improvements of the Apple Watch 2. That's starting at $399, making it a more tempting entry level model. 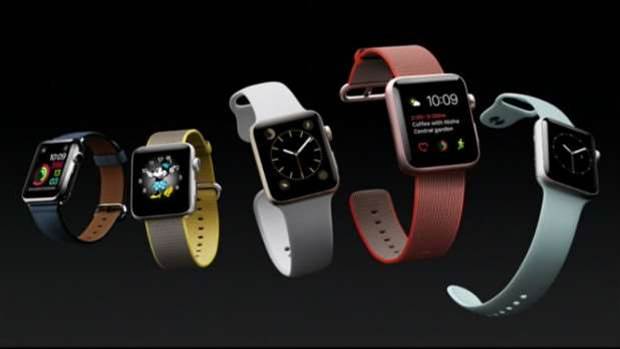 Then there's the Apple Watch Series 2. For the added niceties of waterproofing and GPS, you're looking at an additional $120, starting at $529. As with the existing range of Apple Watches, this is the bottom rung of a very tall ladder – the ceramic version costs an eye-watering $1,799, while the Hermes versions start at $2,349.

Most of the new models will be available on 16 September, with the others coming on 23 September. All are available for pre-order on the Apple's website.

So evolution rather than revolution is the order of the day here. Consider the Apple Watch Series 2 as analogue to the S series of Apple's iPhone range. A modest improvement before the next big leap forwards. As modest improvements go though, this is a pretty good start though: refining the device into the indispensable companion the original so nearly managed to be.