Apple wants your damaged iPhones (if you want a new iPhone 6, that is) 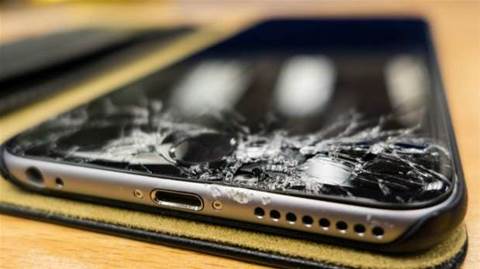 Judging from the sheer quantity of phones with cracked screens spotted on my daily commute, I'd say they're getting more popular by the day. Now Apple is rumoured to want a piece of that action, expanding its Apple Store Reuse and Recycle iPhone trade-in program to include handsets with broken displays, iffy cameras and dead buttons, according to a report on 9-5 Mac.

All of these ailments will qualify “within reason”, which sounds like a fair get-out clause. If you iPhone is barely recognisable anymore, it's fair to say you're unlikely to get any credit for it, no matter how much you beg.

The move is intended to encourage iPhone users to buy a new handset from Apple, rather than seek third party repairs. Sources told 9-5 Mac that the credit offered will reflect the condition.

That's a marked change from the kind of attitude you'll get now if you offer a trade-in with a cracked screen. Currently, Apple's valuation website immediately stops you if you report a problem with your device, saying “Based on your assessment, we cannot offer any monetary value for your device. However, we offer free and environmental [sic.] friendly disposal.”

Of course, there's a reason the prices above are in dollars - for now, this is intended to just affect America, but given the program runs over here as well, there's no reason to believe Apple wouldn't bring it to Australia in time. Whether the prices on offer are enough to tempt you in to an Apple store for an upgrade is an entirely different matter.

I have read and accept the privacy policy and terms and conditions and by submitting my email address I agree to receive the Business IT newsletter and receive special offers on behalf of Business IT, nextmedia and its valued partners. We will not share your details with third parties.
Copyright © Alphr, Dennis Publishing
Tags:
apple apple iphone apple store hardware now apple
By a Staff Writer
Feb 8 2016
4:11PM