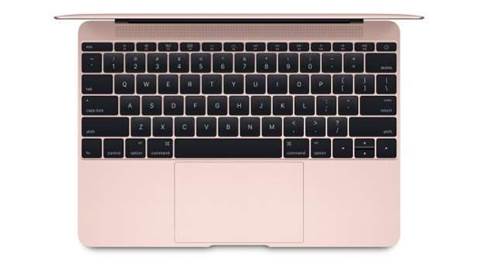 If you've been dreaming of a newly updated MacBook family, all glistening with newly milled metal and amazing new features, then prepare to be slightly crestfallen. Apple, ever the tease, has given its smallest laptops – the MacBook and MacBook Air – a minor specification bump.

In a game of spot the difference, you'd need a keen eye to spot what's changed in Apple’s new 12-inch MacBook. In fact, you'd need X-Ray vision as the big difference is that the processors have now been upgraded to Intel's sixth generation Core chips (also known as Skylake).

More exciting than it sounds

The arrival of the new CPU is more exciting than it sounds. At the time of its release in 2015, Intel claimed between 10 and 20 percent performance increases for its Skylake Core M processor, and around a 40 percent improvement for graphics performance thanks to the Intel HD Graphics 515 graphics processing unit (GPU).

However, there's every chance that Apple has gone straight to the refreshed version of Skylake codenamed Kaby Lake for its latest MacBooks. As Kaby Lake makes various tweaks to the processor architecture, it's likely to provide further performance improvements across the board.

To round off the upgrade, Apple has bumped up the RAM speeds to 1,866MHz and given the PCIe flash storage a speed boost, too.

If all this sounds dull and boring, there's another development that might excite you more: the MacBook is now available in Rose Gold. Yes, finally you can buy a MacBook that matches your iPhone and iPad.

The 13-inch MacBook Air, however, gets only a minor upgrade – 8GB RAM is now supplied as standard.

Pricing for the MacBook and MacBook Air starts at $1999 and $1399, respectively, from Apple.