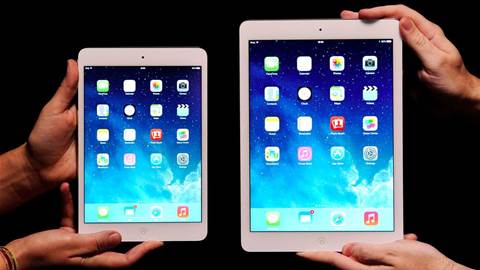 Will the changes in Apple's iPhone 6s and iPhone 6s Plus be enough to induce the customary queues when they go on sale later this month? Or will the iPad Pro do the heavy lifting?

From a strictly business perspective, what the iPhone 6s and 6s Plus have going for them are faster processors with no reduction in battery life, stronger cases (Apple now uses 7000 series aluminium and "the strongest glass on any smartphone"), improved Wi-Fi (MIMO operation on 802.11ac for faster throughput) and a new '3D Touch' system that has the potential to speed up some operations.

3D Touch makes the touchscreen pressure sensitive. Apple's using it so a light press provides a preview of content such as a photo or web page, while a heavier press actually opens that item. The company calls these actions Peek and Pop. It will be interesting to see how the developers of business apps take advantage of this feature.

Several of the other changes are to the camera, which now has 12 megapixel resolution, captures a three second video clip around a still photo, handles 4K video.

The iPad Pro, due to ship in November, features the same improved processor as the iPhone 6s models, making it about twice as fast as an iPad Air 2 and faster than most portable PCs for CPU and graphics tasks, Apple claims.

The larger 12.9in screen combined with a new capability in iOS 9 (which is being released on 16 September, US time) means two apps can run side by side. You may already have seen this on certain Android devices. And the optional Smart Keyboard cover is useful for those who do a lot of typing, and bears some resemblance to the book cover keyboard for the recently announced Samsung Galaxy Tab S2. This is the first device announced for the iPad Pro's new Smart Connector that eliminates the need to pair the keyboard and tablet via Bluetooth.

Then there's the Apple Pencil stylus accessory for the iPad Pro. Apple claims dramatically reduced latency and incredible accuracy, along with the ability to measure the tilt of the Pencil as well as the pressure being applied, giving a more natural experience. (Apple co-founder Steve Jobs felt strongly that a stylus was the wrong way to go with tablets - see The Tweaker [language warning!] - which might explain why the device was named Apple Pencil.)

Like the iPhone 6s and Plus, the iPad Pro features 802.11ac MIMO Wi-Fi, and (optionally) 4G connectivity.

Despite its size, the iPad Pro with 4G weighs in at 723g compared with 730g for the first-generation iPad with 3G.

Prices have yet to be announced.

In other news from Apple, watchOS 2 for Apple Watch - to be released on 16 September - allows third-party apps to display information as 'complications' on the watch face alongside the time. This could be handy for business apps, for instance to show whether your bank balance has moved outside its normal range.