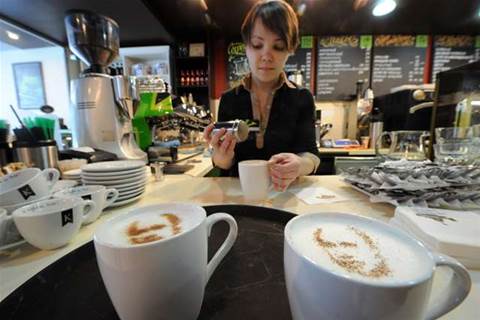 Mobile payment systems have been around for years without gaining much traction, but this might be about to change with the release of the iPhone 6’s Apple Pay.

This latest iPhone uses near field communication (NFC), a well-established technology that allows smartphones to connect and share information with other smartphones and point-of-sale computers.

Apple Pay has the potential to do away with credit cards, public transit tickets and all those club and loyalty cards that currently make our wallets and purses bulge.

With your phone running a secure application that knows your account details, you simply bring the phone into close proximity to the reader in the store or wherever, and the transaction is done.

So if it’s this easy, why don’t we use NFC now?

Historically, the limited take up of NFC has been a bit of a catch-22 situation. Not enough people using the technology so the retailers do not invest in the equipment, which in turn gives people the impression that NFC is not worth having.

That is changing as retail chains such as McDonalds and Disney deploy point-of-sale NFC readers in anticipation of the iPhone 6 launch. It doesn’t end there – NFC trials, pilots and tests are happening all over the world.

Around 800 million reasons to use NFC

Perhaps the most persuasive reason that NFC on the iPhone 6 might succeed where Google and others did not is that Apple currently has around 800 million registered iTunes accounts, many of which include credit card details.

That figure is growing at the phenomenal rate of around 500,000 new accounts per day, or 44% annual growth.

To put these figures into perspective, Apple has more than double the number of credit cards on file than both Amazon and PayPal combined.

Apple is entering into agreements with credit card-issuing banks, as well as Visa, MasterCard and American Express, to bring their mobile payments plan to fruition.

Making payments by holding your phone against a reader is easy enough, but using your watch is even easier. Apple’s long-awaited Watch will be able to pair with the phone in your pocket to do this.

Other smartwatches on the market have been gaining favour as a health management gadget for their ability to collect data on heart rate and other metrics.

Of course, these watches can also make phone calls, play music, tell you where you are via GPS, check your email, send text messages and update your social media.

In addition to these handy functions, the Apple Watch will also allow users of the new iPhone, as well as earlier models, to also make payments.

As long as an iPhone is equipped with Bluetooth 4.0 – found in the iPhone 4s onwards – they will be able to pair with the Watch and be used to make mobile payments. This backward compatibility will be an appealing feature in the Watch that will give hundreds of millions of older iPhone users a reason to buy one.

How secure is NFC?

People are understandably concerned, if not afraid, that using NFC-enabled devices to make mobile payments will open them up to fraud and loss.

As a starting point, NFC mobile payments use similar security features as the existing contact-less payment cards like PayPass.

On top of that will be additional layers of security in order to comply with “post-issuance activation of an NFC payment application”. The user is validated by the credit card company and is issued with a code that is stored on the phone’s SIM card.

The other big fear is: what happens should you lose your phone or have it stolen? This scenario could be handled with one call to your mobile network operator. The lost phone could be remotely locked, and the network operator could also notify your registered service providers so they can bar any further access to your various accounts. A new SIM card would then be issued and secure use restored.

No digital system is 100% safe against hackers, but with these additional security features, NFC payments are arguably safer than current credit card and PayPass arrangements.

David Tuffley does not work for, consult to, own shares in or receive funding from any company or organisation that would benefit from this article, and has no relevant affiliations.