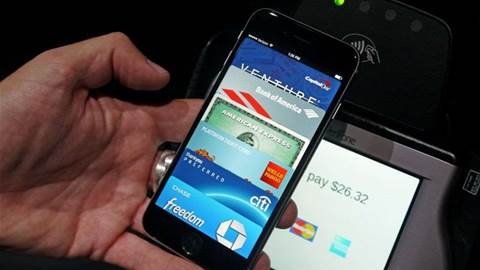 In the US, users can store multiple cards in the phone, but in Australia it's just AMEX for now.

Apple Pay has finally made its much-anticipated debut in Australia.

Despite the fact that Australia already has widespread contactless credit and debit card payment via the Pay Pass standard, many Australian iPhone owners have eagerly awaited the arrival of Apple Pay, the system that enables contactless payments using a late-model iPhone or Apple Watch.

It has finally arrived on our shores, but initially works only with American Express cards issued directly by that company, not bank-issued Amex cards. Support for other cards, notably Mastercard and Visa, is said to hinge on discussions between Apple and the issuers concerning the percentage fee Apple will receive for each transaction. The stumbling block is that margins are narrower in Australia than they are in other countries, so the banks are unlikely to concede the 0.15 percent that Apple is said to get in the US.

Whatever the eventual figure is, it doesn't affect retailers as it is not an additional fee, but rather it comes out of the bank's cut.

But the arrival of Apple Pay does mean you and your staff need to be prepared for customers to tap their iPhones rather than their credit cards to complete transactions. Apple says that if you already accept contactless payments, Apple Pay should work without any other changes. Some US-based iPhone owners claim to have previously used Apple Pay successfully when visiting Australia.

And if you offer an iOS mobile shopping app to your customers, there's now a reason to have it updated to accept payment via Apple Pay so that customers don't need to enter their American Express card details. That would mean you are ready to go when Apple Pay starts working with the more popular cards.