Apple on new store blitz in Brisbane, Perth and Melbourne 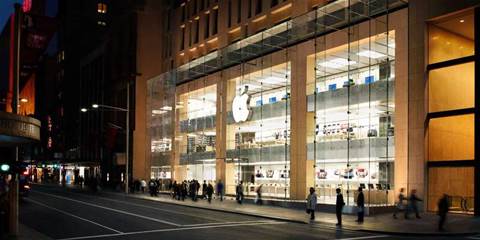 Apple has put out job ads for retail specialists and ‘genuises’ for new branches in Brisbane, South Perth and South East Melbourne.

Apple has embarked on an aggressive recruitment drive as it gears up to open four more stores in Australia.

The company recently put out a second wave of advertisements on job hunting ground Seek for retail specialists and ‘genuises’ for new branches in Brisbane, South Perth and South East Melbourne.

It is also advertising for workers for an as-yet unannounced new location in Canberra.

A Canberra store would mark its first entry into the area.

Apple's most recent new store opening saw the ribbon cut on a retail outlet in Broadway, in Sydney's central business district, nearby its flagship store on George Street.

It currently has 14 stores around Australia, including eight in NSW.

The job advertisements call for inventory specialists able to “take pride in being the logistical champion of the store” as well as “retail genuises.. fascinated by the way things work and the reasons they sometimes don’t".

Apple did not respond to request for comment by the time of publication.

Premium reseller reinvents to fit in

The new openings come as Apple premium reseller Next Byte embarks on a campaign to reinvent its own stores to mirror that of its exclusive partner.

Next Byte parent company Vita Group last week revealed the Next Byte brand will lose its prominence as its stores undergo an Apple-esque refurbishment.

Next Byte’s 18 physical outlets across Australia will have fit outs and fixtures renovated to mirror the interior design of an Apple store.

Four of Vita Group’s Next Byte stores in Townsville, Mackay, Rockhampton and Cairns have already been refurbished.

The rebranding is expected to be completed in the next 18 months.

Established in 1995, Next Byte is Apple’s largest premium reseller in Australia.