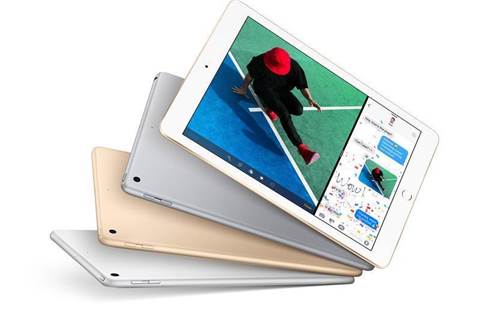 The new 9.7-inch iPad is faster and cheaper than the iPad Air 2, but also slightly thicker and heavier.

iPad has finally released a successor to the iPad Air 2... sort of. In an unexpected move, the company has removed the iPad Air 2 from its online storefront, replacing it with a brand new 9.7in tablet known simply as "the iPad".

Though its death has been long rumoured, the iPad Air 2 is now officially dead. Instead, it's been replaced by an entry-level, middle-of-the-road iPad designed to sit between the Pro and Mini ranges.

While the device is all-new, there's nothing here we haven't seen before – hence why Apple didn't bother launching it with its usual special event. The only real upgrades are a move from Apple's A8X processor to the newer A9 chip, and a slight bump in screen brightness.

Anyone expecting a proper successor to the iPad Air 3 will be disappointed, particularly as the new tablet is actually 1.4mm thicker and 32g heavier than the iPad Air 2 was. It's a negligible increase, but it's not really a true heir to the razor-thin iPads of old.

Elsewhere, the specs are pretty much the same: it's still a 9.7in Retina display with a 2048 x 1536-pixel resolution, it's still got TouchID and a lightning connector, and Apple still boasts "all-day battery life".

The upside is the price. The new iPad starts at $469 for the 32GB Wi-Fi only model, rising to $799 for the 128GB LTE-enabled version. That compares to the iPad Air 2, which yesterday cost from $569 to $879. Available in gold, silver and space grey, the new iPad will be available to order from 24 March.