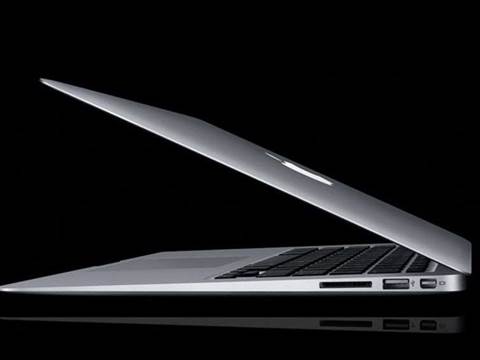 CEO Steve Jobs said Apple has taken what it learned from the tablet market and applied it to the ultra-thin laptop. "What would happen if a MacBook met an iPad?" asked Jobs.

The two new devices, one 13.3in and a smaller 11.6in, only have Flash storage to keep them lighter, allow for instant-on access, and extend the battery life. The larger edition offers a claimed seven hours using wireless, and a whopping 30 days on standby.

"Just as interesting as what it's got, is what it doesn't have," Jobs said. "There's no optical drive, and there is no hard drive. We have gone to Flash storage, complete solid-state storage."

"We think it's the future of notebooks," he said. "It's like nothing we've ever created before."

The device has a aluminium unibody construction, with the larger one weighing in at 2.9 pounds and the smaller one only 2.3 pounds. The new 13.3in MacBook Air features a full-sized keyboard and full-sized glass trackpad. At it's thickest point,it is 0.68in; at it's thinnest, it's 0.11in.

"We've taken everything we know about miniaturisation from iPods, iPads and iPhones and applied it to the Mac," Jobs said.

Both will be available starting today.