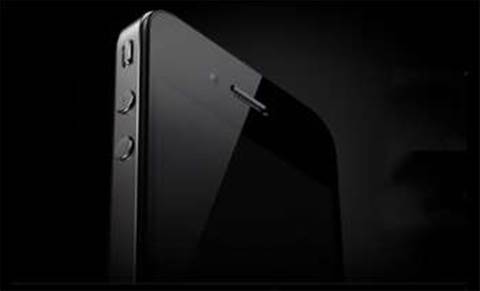 Reception issues plaguing the iPhone 4 show no signs of ending after Apple's technical support line confirmed today that an upcoming software update will not solve the problem..

An AppleCare adviser said that the source of the iPhone 4's signal is the lower left corner of the handset, and that reception is affected when this area is covered by the hand.

"We are investigating the problem, and you could buy a bumper to cover the phone," said the adviser.

We were told that it may be possible to get a free bumper, and the adviser offered to put us through to a supervisor.

It was also recommended that the iPhone should be connected to iTunes to update the carrier settings and download the firmware upgrade when it is released.

Charles Golvin, a principal analyst at Forrester, suggested that the problem should have been spotted during development and testing.

"[The reception] issue appears to be a software error on all models and a hardware fault on the iPhone 4," he said.

"However, Apple is good at managing media uproar and the reception issue is likely to have only a small impact on sales. People considering getting the iPhone 4 may opt for another make instead."

Golvin pointed to the outcry when the price of the original iPhone was subsidised by AT&T shortly after its release. Apple customers who complained that they paid the full price were placated with the offer of vouchers.

The analyst said that Apple could offer vouchers again, but ruled out the issuing of a recall.

I have read and accept the privacy policy and terms and conditions and by submitting my email address I agree to receive the Business IT newsletter and receive special offers on behalf of Business IT, nextmedia and its valued partners. We will not share your details with third parties.
Copyright ©v3.co.uk
Tags:
apple hardware iphone issue reception software update
By Khidr Suleman
Jul 8 2010
12:09PM