App of the day: Swiftkey 4 makes it easier to type on Android phones 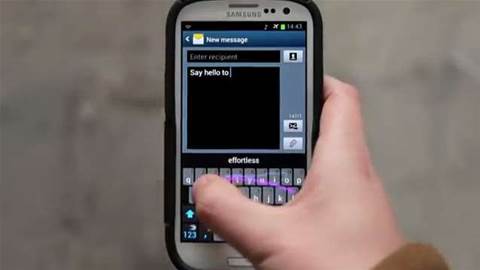 Sick of fumbling over emails you type on your phone? Swiftkey 4 is an app we recommend for Android phone users.

Do you find yourself struggling with the keyboard on your smartphone?

Then you might want to take a look at the new version of the very popular keyboard replacement app, Swiftkey 4, which has just made its way to the Google Play store.

Swiftkey is one of the best-selling Android apps of 2012 that replaces the stock keyboard on your Android smartphone with a gesture-based keyboard.

Swiftkey is compatible with any Android handset including popular phones like the Samsung Galaxy S II and S III, HTC and Sony Xperia phones.

I’ve been using a beta version of the new Swiftkey 4 on my Samsung Galaxy Note 2 for about three weeks and it’s among the first smartphone keyboards I’ve actually enjoyed using and has noticeably increased my smartphone typing speed.

Swiftkey saves you precious seconds while typing via its impressive inbuilt prediction system that guesses and learns over time about what you are typing.

Those guesses change as you type more letters; when you see the word you want, you lift your finger or swipe down to the spacebar to insert the predicted word.

The prediction system does a good job of predicting the word you are attempting to type even when you have made a real hash of spelling the word.

It is also the only keyboard application that allows you type out entire sentences without ever having to lift your finger off the display. It makes the task of typing out rather lengthy emails on a smartphone that much more quicker.

The keyboard also supports 60 different languages, which you can switch between without ever having to dig into menus.