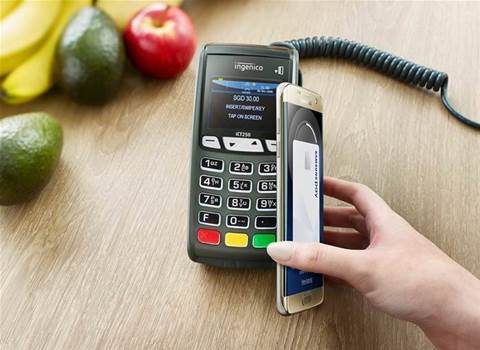 More Samsung phones can be used on retailers' EFTPOS terminals.

Launched in Australia just over a year ago, Samsung Pay allows certain Samsung phones and smartwatches to be used to make contactless payments.

The first participants in Australia were American Express and Citibank, but since the launch those two institutions have been joined by Westpac and dozens of credit unions and member-owned banks.

The latest to sign up is ANZ, which now allows its Visa debit and credit cards to be used with Samsung Pay. The bank already supports Apple Pay and Android Pay.

“Samsung has strong device market share in Australia and many of our customers love its open approach to technology, so it made sense for us to work with them in bringing this convenient and secure mobile payments solution to our customers,” said ANZ managing director of product Bob Belan.