ANU rolls out Office 365 to staff 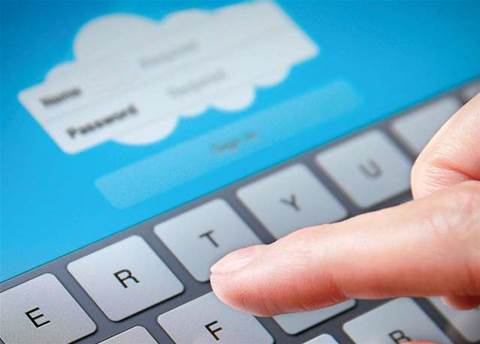 If you aren't sure about using cloud products for your small business, you might be interested to know which big organisations are jumping on to it.

The Australian National University (ANU) will deploy Microsoft Office 365 to staff in a bid to consolidate disparate email systems into a single cloud-based offering this year.

The solution — dubbed 'ANU Email' internally — will be rolled out to approximately 10,000 desktops at the university over the next five months.

CIO Peter Nikoletatos said the project would be completed at the university's colleges and campuses by the end of the year.

Though Nikoletatos had opted for a similar solution in his previous post at Curtin University, he stressed the choice at ANU had been open, with considerable evaluation between Microsoft and Google's rival products.

"We have evaluated the only two competitors in the market place in the higher education sector at the moment," he told iTnews.

The decision was based on business benefits including improving ANU’s global address lists, synchronising calendaring, larger archive and storage of mail boxes, he said.

Nikoletatos said he sought to avoid an "ideological war" over the solution choice, due to the fragmentated status of the current ANU infrastructure.

In contrast to Curtin University, ANU’s IT infrastructure and strategies are typically split, with colleges and research institutions operating their own IT.

IT staff and resources at ANU are split evenly between central information services and college staff.

However there was a broad agreement that a consolidated system be cloud-based.

“Whatever you choose you must have a strategy for convergence of your networks, integration of video conferencing, messaging presence, platforms-as-a-service, does it link with desktop office thinking,” he said.

The decision to move to a single email solution would form the first part of Nikoletatos' general strategy of “de-duplicating” many back-office systems and applications, such as storage, networking, telecommunications, data centres and other commodity-like IT services.

He conceded his ongoing honeymoon period at ANU as CIO (he was appointed on February 27) had so far helped move forward his strategy at the institution.

“One of the reasons for my five-year appointment is that there is an appetite for strengthening ICT capacity and capability,” he said.

It’s not without challenges, however, as Nikoletatos said he had put in a lot of effort on winning “hearts and minds”.

ANU currently has up to 50 suppliers and vendors, a figure he wanted consolidate and rationalise as contracts expire, or systems approach the end of their life.

On arriving at the university, Nikoletatos had invited every supplier to discuss their future and their roadmaps. He said he expected to issue his “reference architecture” by the end of the year, to be rolled out over the next three years.

“The university has a history of traditional mainstream players as well as open source technologies. We have to find that right balance for it,” he told ITnews.

“My history has been to encourage with strong vendor relations with mutual sharing of rewards and risks. We need partners that are willing to push the envelope a little bit in exchange for risks and rewards available for both groups.”

It also meant he needed to harmonise relations with the ANU colleges.

“Having a mandate does not win you hearts and minds. It’s more important to do demand management and go out and meet them and share your vision,” he said.

The colleges' IT knowledge had led Nikoletatos to identify common systems and rationalise them across the ANU using virtualisation technology where he could.

He hoped to consolidate IT services further through this rationalisation without calling for additional budget.

The nature of the ANU, its staff and students offered challenges beyond coordination, he adds.

“Things will be out of our control, whether it is in teaching space, research space, or what naturally happens in the consumer space,” he said.

“We did not plan for iPads less than two years ago, but we have seen an explosion in this form factor device. That will drive some of our decisions going forward.”

For these reasons, he is realistic about progress will sometimes slow and steady, but “always with a clear vision in mind".