Another trick you can do with your accounting system 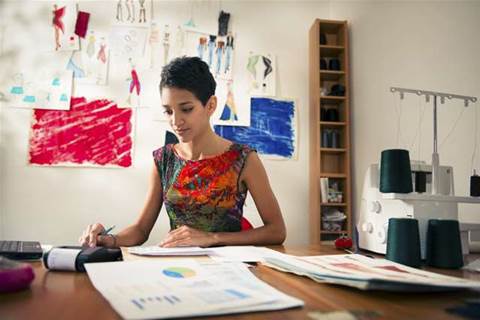 Why can't the software tell your bank to transfer the money to your supplier instead of printing a cheque for you to mail?

Computer-based accounting systems are supposed to make it possible to keep on top of your accounts with less effort.
A prime example is the way bank feeds have become a common feature - instead of having to manually enter every taxi fare, a modern system can recognise the merchant name from the credit card transactions and automatically create and classify corresponding transactions in your accounts.
Newsletter Signup

I have read and accept the privacy policy and terms and conditions and by submitting my email address I agree to receive the Business IT newsletter and receive special offers on behalf of Business IT, nextmedia and its valued partners. We will not share your details with third parties.
But what if it also worked the other way? That is, when you record a payment in your books, why can't the software tell your bank to transfer the money to your supplier instead of printing a cheque for you to mail (or more likely for small businesses, printing a list of cheques that you need to write)?
The answer is that in some cases it can. One example is MYOB's M-Powered Payments service, which is compatible with some products in the MYOB range but currently not AccountRight Live (see MYOB's compatibility chart).
What basically happens is that you enter a bill into the accounting software and specify that it is to be paid immediately or up to 45 days later. MYOB acts as an intermediary, forwarding the payment instructions to your bank and sending a remittance advice to the supplier.
It's a little more complicated if you're not a Commonwealth, Westpac or ANZ customer, and if you don't use Adelaide Bank, Bank of Queensland, BankSA, Bank of Western Australia, Bendigo Bank, NAB, St George Bank or Suncorp-Metway Bank you're out of luck altogether.
Saasu's approach is to support 'bulk payments' by generating a list of payments in the form of an ABA file that can be uploaded by online banking applications. That is not the same as conventional internet banking, and so is probably of most interest to businesses already using one of those applications.
The reason we're mentioning this is that Xero has announced an intention to bring to Australia the integrated payment system currently available to its New Zealand customers.
Xero's approach means employees, bookkeepers or accountants can process payments within the cloud-based accounting software, which then forwards the transactions to ASB Bank's FastNet Business service. The payments are not released by the bank until they have been authorised by the business owner or other signatory, perhaps via the FastNet mobile app.
The significance to local businesses is that ASB is a subsidiary of Commonwealth Bank. While Xero isn't saying it will be working with CBA, that does seem very likely due to the strategic partnership between ASB and Xero - though the company has its sights set more widely: "We see this model as the future of banking and believe it's a logical step for Australian banks to incorporate this technology and become a standard banking service over the next few years," said Xero banking and payments expert, Matt Vickers.
Xero also sees potential value in allowing its customers to share additional financial information with their banks through this system, for example to support loan applications.
Copyright © BIT (Business IT). All rights reserved.
Tags:
accounting myob saasu software xero
By Daniel James
May 7 2014
6:06PM