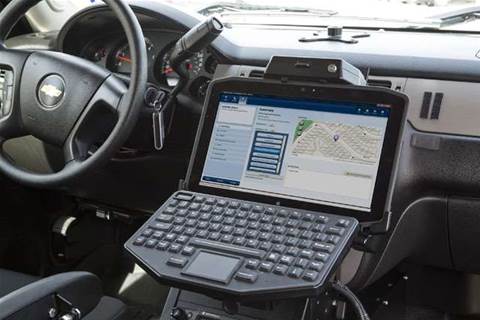 Another "tough" tablet for businesses has crossed our radar. It's one of the biggest we've spotted.

With tablet computers gradually starting to show their usefulness for certain work tasks, we thought this might be of interest - it's another "tough" tablet that has crossed our radar.

It's called the Motion R12 and it is interesting for a few reasons. Firstly, this is a 12.5 inch screen - much larger than an iPad mini or even an iPad. Even the Microsoft Surface Pro 2 is smaller.

Second is the weight - the tablet is pitched as lightweight - it's actually listed as 1.34Kg which is hardly light by general tablet standards, though that's understandable as this has a larger screen than most consumer tablets (both the iPad and Surface Pro 2 are under 1Kg).

It's something to keep in mind when shopping for specialist devices - there's a lot of context you don't get in sales pitches for computing devices.

As with other business-class tablets, this one has special options you won't find in cheaper hardware - attachable RFID and barcode readers for example. There's also an impressive looking mount for setting this up in a car.