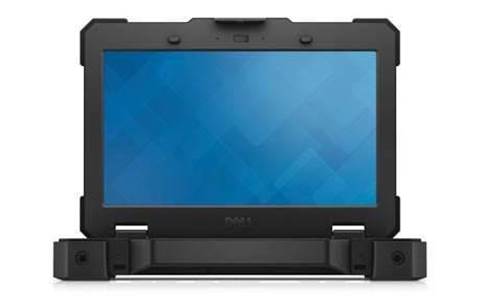 Work outdoors and need a laptop that can handle rough treatment? Here is another option we've spotted.

The notebooks, which are designed to tackle harsh and volatile conditions, "mark the beginning of a renewed and expanded commitment by Dell to the rugged space", said Kirk Schell, VP of commercial PCs and client solutions group at Dell.

Both models have been tested to "military standards", including drop tests of up to six feet. They are protected against the elements by offering sealed doors and compression gaskets while Dell's fourth-gen QuadCool thermal management system allows operation at high temperatures.

Spec wise, both notebooks support up to 16GB of memory and up to 512GB of SSD. The pair both offer Intel's fourth generation core i3, i5 and i7 dual-core.

The Latitude 12 and 14 Rugged Extreme each claims up to 8.5 hours and 14 hours worth of battery life respectively.

Dell's Latitude Rugged Extreme convertible notebooks begin at $4,999 and will be available from May.