Another protector to stop your phone getting smashed 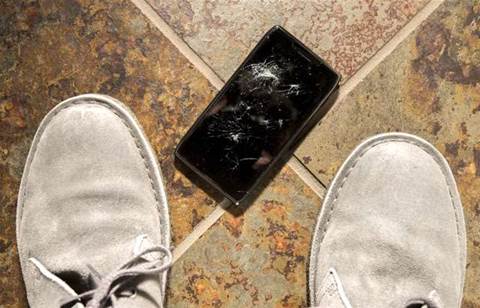 Worrid about your phone getting smashed? Here's another special phone protector from Tech21 designed to stop your phone ending up in pieces.

There are a variety of special cases that can protect your phone from a lot of rought treatment, including dropping it and even dunking it in water. But some of these cases are bulky.
There's now another brand which selling these special phone cases with what it calls a "slim" look.
Newsletter Signup

I have read and accept the privacy policy and terms and conditions and by submitting my email address I agree to receive the Business IT newsletter and receive special offers on behalf of Business IT, nextmedia and its valued partners. We will not share your details with third parties.
The brand is called Tech21 and they sell cases and screen protectors which we're told are available in Australia in Vodafone, Apple and Harvey Norman stores.
Here's something interesting about Tech21's cases: according to the press release, the case employs materials such as BASF polymer which is also used in bulletproof glass.
The cases also use what Tech21 call D3O, which essentially is an orange goo like substance tucked away on the inside of the case that locks together upon impact, absorbing and dispersing the force of a drop.
Here is a 90-second video that demonstrates the case:
Tech21 also sells screen protectors, which are coverings just for the screen. Here you can see a heavy metal smashing against a phone being protected by the Tech21 Screen Protector:
Copyright © BIT (Business IT). All rights reserved.
Tags:
case hardware phone protect tech21
By Krishan Sharma
Jul 17 2013
9:44AM