Another phone for your shortlist: the HTC One M8 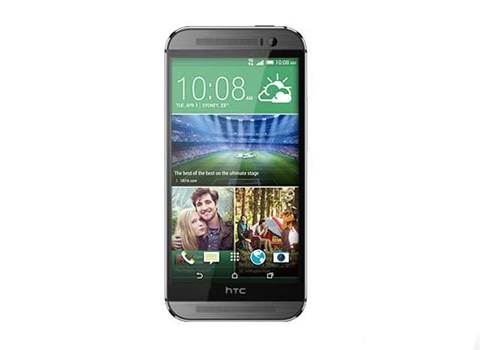 We've been trying to keep you updated on a raft of new phones since the start of the year and here's another: the new HTC One M8.

The phone goes on sale from Optus and Telstra from April 1 and both companies are already taking orders.
Optus is offering the HTC One M8 on plans starting at $58 per month including handset repayments. As a special offer until 10 April, repayments are $12 per month with the $60 My Plan, though the company did not mention the normal price of this combination. You can preorder here.
Telstra is trying to tempt business customers with a $2 per month offer on top of the $80 Business Performance Plan. But if Telstra considers you to be a consumer, then the HTC One (M8) is available on plans starting at $81 per month. Business customers can preorder here and consumers here.
As always, check that any offered plan suits your usage pattern and that the carrier has coverage where you need it.
The phone is also available for outright purchase: for $840 from Telstra for example.
IF you're a Telstra user, the significance of the HTC One M8 is that it is the first phone on the local market that supports 700MHz service, which the company will start using on 1 January 2015.
The handset also works on 2600MHz, and Telstra, Optus and TPG Internet have secured allotments in this spectrum which becomes available from October 1 this year.
Among the more interesting features are a dual-camera system to capture depth information for improved refocussing even after a photo has been taken, the ability to display information through fine perforations in a special flip cover (Telstra is including the cover as a bonus on a 'while stocks last' basis), and improved audio thanks to a new amplifier and larger front-facing speakers.
Early reports from the US are favourable, with one writer describing it as perhaps the best Android phone HTC has made.
Newsletter Signup

I have read and accept the privacy policy and terms and conditions and by submitting my email address I agree to receive the Business IT newsletter and receive special offers on behalf of Business IT, nextmedia and its valued partners. We will not share your details with third parties.
Copyright © BIT (Business IT). All rights reserved.
Tags:
hardware htc m8 one optus telstra
By Daniel James
Mar 28 2014
4:27PM