Android users: it looks like you'll get Office this year 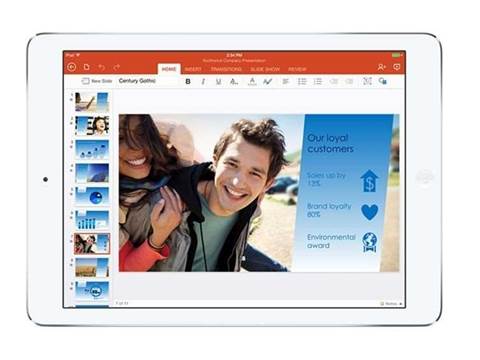 Microsoft will release a version of Office for Android before it finishes a touch edition of the productivity suite for Windows 8.

Office for Android now looks set to arrive by the end of this year, with the Modern-style, Windows Store apps arriving early next year.

That's the latest report from Windows watcher Mary Jo Foley, whose sources suggest Windows 8 users could be the last to get the mobile, touch edition of Office.

Microsoft released Office for iPad earlier this year, amid speculation that former CEO Steve Ballmer had held it back in order to launch on Windows first. However, new CEO Satya Nadella released the suite for Apple users within weeks of taking on the top job.

Foley said her sources suggested the touch version of Office for Windows 8 was also intended to arrive this year, but is now expected to arrive in autumn 2015 - in time for the so-called Threshold update. It's unclear why Microsoft has shifted the date, or if the sources were simply wrong, but Foley notes that Office for desktop is likely being updated in early autumn as well.

Office for Android clearly fits into Microsoft's vision to become a cross-platform services provider, which Nadella has talked up since become CEO.

"That said, iPad has the most share," Nadella added. "We are definitely going to have touch-first Office on Windows, and it is coming. But I didn’t want us to hold back.”