An easy way for retailers to reach customers 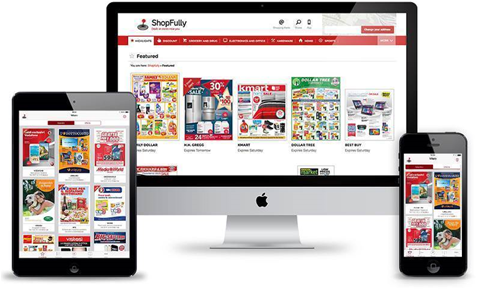 The ShopFully app can deliver your catalogues and weekly specials to potential customers’ smartphones.

The apps have already been downloaded more than one million times in Australia, with 30,000 new downloads each month, according to ShopFully Australia manager Dean Vocisano.

So far, ShopFully has concentrated on attracting retail chains and franchises including Coles, Woolworths, Target, Chemist Warehouse and Harvey Norman as a way of quickly gaining enough mass for the app to be of value to users.

But it’s easy enough and affordable for independent retailers to get involved, explained Vocisano. “We've tried to keep it as simple as possible,” he said.

A couple of small businesses are already onboard: one selling barbecues in NSW, the other selling hiking and related equipment in Tasmania.

All that’s necessary is to provide ShopFully with the digital artwork for your catalogue or advert. If you sell online as well as in-store, you'll also need to provide links to each of the products. ShopFully does the rest of the work.

“That's a real speed-to-market benefit,” he said, as new offers can be online in as little as two to three hours.

Charging is performance-based. The material is delivered to users within a specified radius of the store, but the retailer is only charged when a user actually engages with the content, typically by clicking on the catalogue.

Google and Facebook usually charge between 30c and 55c per geolocalised click, and “we're a little bit lower than that,” he said. The exact price depends on a number of factors, including the size of the catalogue.

Retailers can set a limit on their spend, and once that is reached the catalogue is still available on ShopFully but is no longer promoted.

When shoppers use the mobile app, ShopFully's geolocation capability means it can correlate catalogues being read with visits to the stores concerned.