An easier way to extend your Wi-Fi network 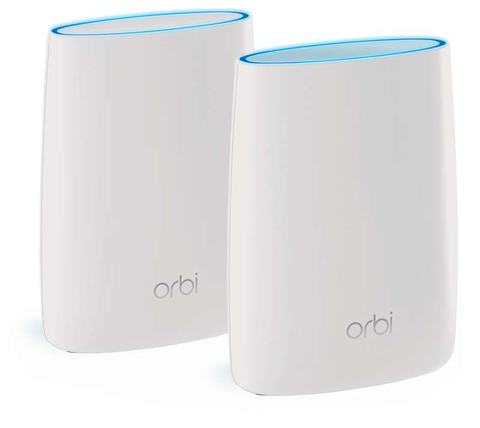 Netgear's new Orbi router and 'satellites' are designed to make it simpler to flood your premises with Wi-Fi.

Whether your business is based at home or in commercial premises, getting decent Wi-Fi coverage can be a problem.

It's not always practical to locate the router in what would be the optimal position for coverage, material in the structure and furnishings can block the signal, and sometimes even a high-performing router can't deliver a sufficiently strong signal throughout larger premises.

Running Ethernet cables around the place can be expensive, and the full benefit of 802.11ac Wi-Fi is only achieved with devices that support that standard.

So people often resort to Wi-Fi extenders, which receive the signals and then retransmit them. If both of those functions are done on the same frequency (2.4GHz or 5GHz), you're wasting bandwidth – but that might be an acceptable price if the alternative is a Wi-Fi signal that's too weak to be useful in your office.

A better approach is to use one frequency between the router and the extender, and the other from the extender to the devices.

Netgear's new Orbi products go a step further. The heart of the system is still a Wi-Fi router, but the footprint is extended with 'satellites'. Orbi dedicates part of 5GHz band to communication at up to 1.7Gbps between the satellites. They create a mesh network, so a satellite can be out of range of the router providing it can reach another satellite that has established a path to the router.

That leaves the 2.4GHz band and the rest of the 5GHz capacity for devices to connect to the closest satellite or router, and this approach means the whole installation appears to devices as one big Wi-Fi network.

An Orbi router and one satellite can cover 370 square metres – around four bedrooms, two bathrooms and multiple living areas. Netgear suggests locating the router near the existing modem, and the satellite near the centre of the premises.

Ethernet devices aren't overlooked: the router is fitted with three GbE ports, and the satellite has four.

While Orbi is aimed at the home, it sounds useful for business premises too – after all, a lot of small offices and shops are fitted with network hardware that was really intended for home use.

The Orbi starter kit comprising one router and one pre-paired satellite will go on sale at $749 before the end of the year. Larger kits and add-on satellites are planned. 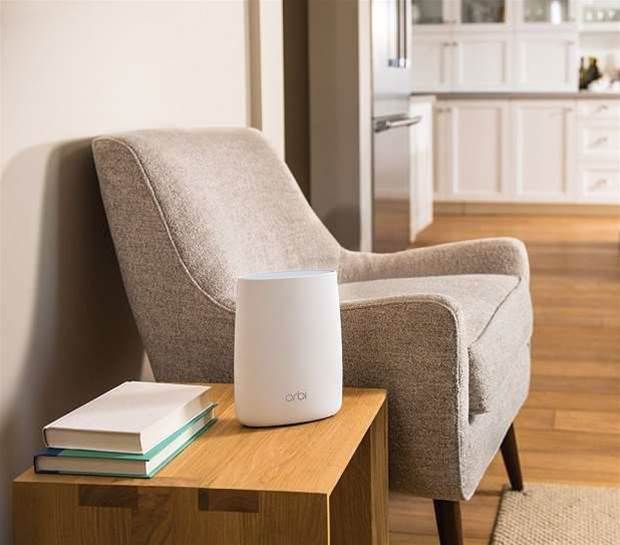