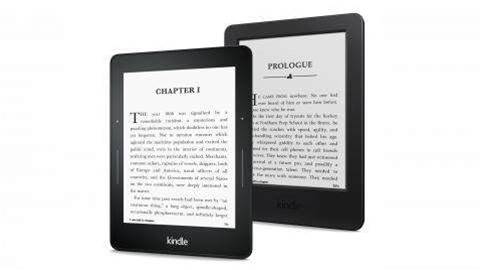 Amazon is trialling a new method of payment for authors, and it could revolutionise the ebook industry. Although only a opt-in trial, from 1 July Amazon will pay independent authors on its Kindle Direct Publishing service based on the amount of pages read, rather than the amount of times an ebook is downloaded.

The move marks a change from the current flat rate paid to authors, and Amazon says it's partly a result of writer feedback. At present, Amazon pays authors simply based on the amount of times their books are downloaded. This means that authors of longer books are effectively paid less for their work, with a lower rate per page than authors of short stories.

However, the system could be a double-edged sword for authors of longer reads. Although these authors should receive more overall, they run a greater risk of readers abandoning their books before the end – meaning they could still lose out. According to Amazon, a 200-page book that was borrowed 100 times but only read halfway through on average would earn an author $1,000 – the same as a completed book half the size.

As a result, the new system may force authors to write shorter stories with cliffhangers and fast-moving plots – generating safer income and keeping the audience hooked. Although books with less emphasis on character development and more focus on cheap thrills may be great for business, it could lead to authors chasing a quick payday rather than concentrating on the art of storytelling. If Amazon does decide to roll out the system for all ebooks, it remains to be seen if it's a good or a bad thing for readers and writers alike.

To make sure that payments are consistent across different books and devices, Amazon has introduced a new standard to define a page. Dubbed the Kindle Edition Normalized Page Count (KENPC), the new measurement uses standard spacing, font and other settings to accurately measure the amount of pages read by users.

Interestingly, Amazon also states that “non-text elements within books including images, charts and graphs will count toward a book's KENPC”, meaning that picture books and comics could receive far higher payouts than traditional books.

I have read and accept the privacy policy and terms and conditions and by submitting my email address I agree to receive the Business IT newsletter and receive special offers on behalf of Business IT, nextmedia and its valued partners. We will not share your details with third parties.
Copyright © Alphr, Dennis Publishing
Tags:
amazon ebook authors july amazon services
By a Staff Writer
Jun 24 2015
1:54PM