All you need to know about the iPad Pro or iPad Air Plus: Features, release date, pricing and specs 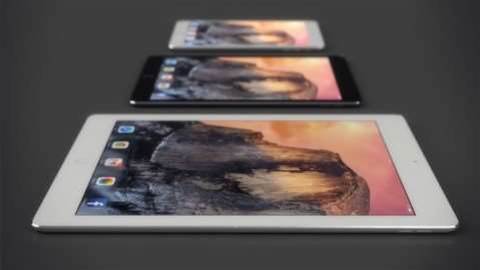 Everything you need to know about Apple's next new product, which is a hardcore tablet that could transform your business (or at least help you get rid of the laptop).

The iPad Pro is Apple's most awaited, discussed product since the Apple Watch. Described by numerous reports and sources as a larger version of the existing iPad Air 2, the iPad Pro or iPad Air Plus is expected to top Apple''s line of tablets with a screen around measuring 13in – roughly the size of a smaller MacBook Pro. What's more, the tablet could feature a greater focus on productivity, with its larger working surface making it perfect for artists, designers and business users alike.

As it draws closer to its inevitable release date, we've gathered together everything we know about the supersized tablet.

Recent reports suggest the iPad Pro will be released in mid November, with production starting in late September. According to a report by digitimes, the new tablet will be made by Foxconn Electronics – like many other Apple products – and will initially ship in lower numbers than many industry experts expected. It's also likely that the release of of the iPad Pro will also spawn a spate of larger tablets from traditional Apple competitors such as Samsung.

Not much is currently known about the iPad Pro, and even its name is still uncertain. While many believe it will receive the Pro suffix like Apple's more powerful hardware, new rumours suggest it could be called the iPad Air Plus – borrowing the naming convention from the latest iPhone 6.

However, rumours about hardware are more defined, as most sources suggest that Apple's new tablet will feature a large, 12.9in screen. Bigger than the display on the new MacBook, the iPad Pro should be more than 3in bigger than Apple''s current range-topping tablet; the iPad Air 2. New reports from MacRrumours suggest that code in iOS 9 points to a resolution of  2,732 x 2,048 with a 264ppi – well below the iPhone 6 Plus' 401ppi. 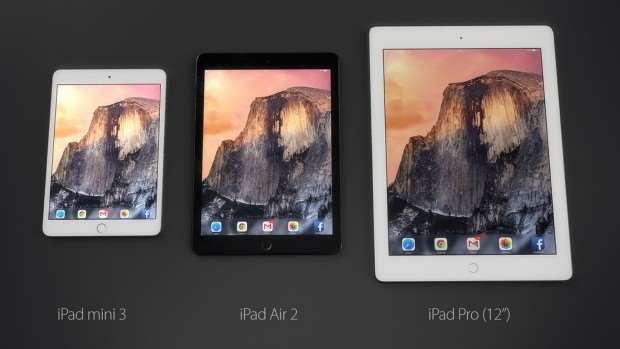 Thanks to its larger frame, the iPad Pro could accommodate more memory, as well as two large built-in speakers – for increased sound output.

Following on from features debuted in the MacBook and Apple Watch, it's also possible that Apple's new tablet will include the company's latest innovations such as Force Touch and a USB Type-C connector.

12.9" iPad Pro December 2014 Blueprint (keep in mind some tiny little changes may have been made since that date...) pic.twitter.com/B4gdIpHodA

Although its screen dwarfs that of the iPad Air 2 and iPad Mini 3, it's likely that the iPad Air Plus or iPad Pro will continue the same design language seen in Apple's smaller tablets. That means the largest iPad should be available in three colours – Space Grey, Aluminium and Gold – and feature the same chamfered edges and premium aesthetic used in the rest of the range. Mockups by Martin Hajek currently offer the best glimpse of what the iPad Pro might look like.

Although it's still impossible to know how much Apple will charge for its new device, looking at the current tablet market could provide some clues. The iPad Air 2 is Apple's most expensive tablet, and starts at an asking price of $619, while Microsoft's Surface Pro 3 begins at $1149. Significantly the Surface Pro 3 is set to be the iPad Pro's closest competitor, so its likely those looking to pick up the iPad Pro will have to pay anything from $1200 to $1800.

I have read and accept the privacy policy and terms and conditions and by submitting my email address I agree to receive the Business IT newsletter and receive special offers on behalf of Business IT, nextmedia and its valued partners. We will not share your details with third parties.
Copyright © Alphr, Dennis Publishing
Tags:
apple apple watch hardware ipad ipad air plus release date
By a Staff Writer
Jul 22 2015
3:09PM