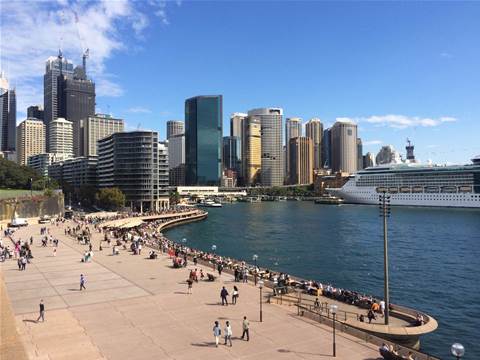 Under-construction tower at Circular Quay will be grand location for innovators.

Sydney startups could find themselves working in Sydney’s tallest office tower after construction of the 53-storey building at 180 George Street is completed in 2022.

The City of Sydney is seeing expressions of interest for an operator of an “affordable innovation space” to be located in the tower, which will also be home to Salesforces’ local headquarters.

The building will be part of a major development precinct at Circular Quay, which the City of Sydney states will include a public plaza, retail laneways, a bicycle hub and a new hospitality venue.

The startup space will include three floors of the tower and will be leased for five years, with the possibility of a five year extension.

Organisations applying to operate the startup space must include details of support for startups to launch into global markets with a focus on Asia, amongst other criteria. The expression of interest closes on 14 November 2019.

“Technology entrepreneurs tell us that the lack of affordable office space in the city is one of the biggest challenges they face,” Lord Mayor Clover Moore stated.