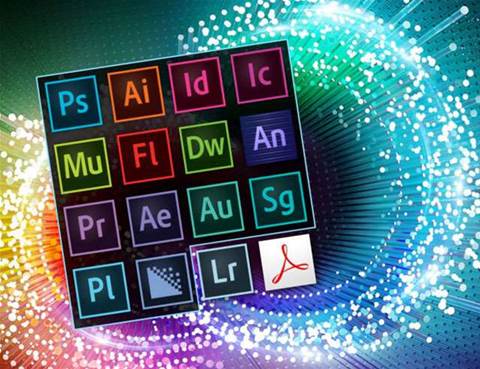 Adobe has announced a major update to Creative Cloud, updating all 14 of its applications, including Photoshop, Illustrator and InDesign.

The new features will arrive from 19 June.
Adobe added that changes would be made to the Creative Cloud portal. It also detailed a handful of new iOS apps and, in a first for the company, showed off its first ever hardware – a stylus and digital ruler dubbed Adobe Ink and Adobe Line.
Newsletter Signup

I have read and accept the privacy policy and terms and conditions and by submitting my email address I agree to receive the Business IT newsletter and receive special offers on behalf of Business IT, nextmedia and its valued partners. We will not share your details with third parties.
Creative Cloud applications
The main thrust for Photoshop is improving how it works for those who use the application for web design, and part of that is the ability - at last - to preview font changes live in the workspace. Other improvements on this front include integration of web-safe WebKit fonts and the ability to see, at a glance, the distance between objects measured in pixels.
Adobe Photoshop CC: path blur and spin blur effects
Adobe hasn't neglected photographers, though. Photoshop CC also gets new motion blur filters, allowing users to add the impression of motion, either along a straight line with "Path blur", or in a circle using the "Spin blur" effect.
Elsewhere, the new Focus mask tool analyses images with shallow depth of field, allowing automatic selection of in- and out-of-focus areas. Content-Aware Fill gains a colour match parameter, to ensure simpler, more seamless unwanted object removal. And there are also improvements to linked Smart Objects, allowing Photoshop users to convert existing Smart Objects to linked Smart Objects, and the application's 3D printing capabilities.
[img id="210850f"]Adobe Photoshop CC: Focus Mask effect[/a]
The suite's video editing application, Premiere Pro, benefits from an upgrade to the Adobe Mercury preview engine, which aims to improve the video editor’s handling of 4K and 6K clips, and adds motion-tracking mask tools.
Illustrator adds non-destructive control over shapes and gains a long-overdue overhaul of the pen tool. Adobe’s WYSIWYG web design tool, Muse, has been redeveloped from the ground up; it’s no longer an Adobe Air application, and is now a native 64-bit application.
InDesign’s table support is beefed up with the ability to select and drag columns and rows around, and it also now has the ability to generate fixed layout ePub files. Elsewhere, there’s a handful of smaller changes to remaining applications, including SVG export for Flash Pro, HTML 5 video support for Edge Animate, and a new code-structure view for Dreamweaver.
Mobile apps
Four new mobile apps – free for Creative Cloud subscribers – were announced at the New York launch event at the same time as the main application updates: Adobe Sketch, Adobe Line, Adobe Photoshop Mix and Creative Cloud.
Adobe Sketch, Adobe Line and Adobe Photoshop Mix iPad apps
Sketch is just what you’d expect: a tool for creating freehand drawings and quick artworks, and delivers pressure-sensitive compatibility via the new Adobe Ink stylus.
Line focuses on the creation diagrams using straight lines and French curves. Neat multitouch gestures were in evidence throughout the demonstration, including a three-fingered drag to progressively scrub back through your last few scribblings.
Photoshop Mix looks to be the pick of the bunch, though, allowing selection, compositing and the application of effects in a similar vein to Photoshop Touch. The difference is that it adds the ability to employ some of the desktop Photoshop application's more powerful filters.
By carrying out the majority of the processing on Adobe’s servers, Mix allows users to remove unwanted objects from photographs using Content Aware Fill, and straighten perspective-skewed subjects using the Upright tool.
The Creative Cloud app allows iPad and iPhone users to access and manage the files in their accounts directly from the mobile device, without the need to use a browser.
Adobe added that it would also be releasing a version of Lightroom mobile for iPhone. As with the iPad version this makes use of Adobe's "Smart Preview" technology and requires a Creative Cloud account to work.
Copyright © PC Pro, Dennis Publishing
Copyright © PC Authority, nextmedia
Tags:
adobe creative cloud software
By Jonathan Bray
Jun 19 2014
6:26PM