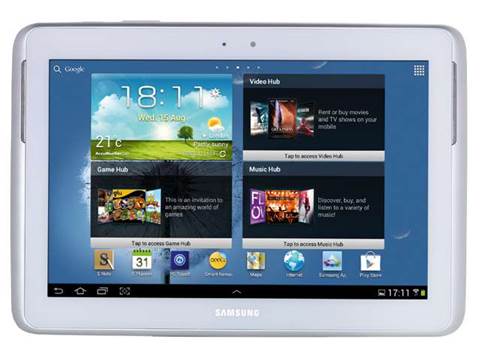 Working in graphics and design? Adobe's new apps and updates for its Creative Cloud desktop applications might be of interest.

Adobe kicked off its annual conference today with a collection of new mobile apps and a handful of new features for its desktop applications, a mere three months after the last round of updates.

However, Adobe refused to commit to a firm timeframe over the release of Android apps, saying there was "no timeframe" other than that some Android software would enter "private beta" once the latest tranche of iOS apps became available.

Of the new apps, Shape looks to be the most interesting. It allows users to capture real world objects with the iPhone's camera, converting them instantly to fully editable and resizable vector shapes, which can be synchronised with Creative Cloud and Illustrator. Adobe showed the app at work, capturing a logo from a poster and it appeared to work flawlessly.

Brush works in a similar fashion, but instead of converting shapes to vectors, the camera is used to capture real world media and convert them to brushes that can be stored and used in the Illustrator Line (renamed from Adobe Line) or Photoshop Sketch (renamed from Adobe Sketch) apps. These brushes can be synchronised with Creative Cloud and made available to the desktop apps as well.

Adobe also announced its first video-editing app, Premiere Clip, which offers a set of basic tools for creating basic movies on the iPad and iPhone. The free app will allow users to trim, split, and rearrange clips, as well as add titles and backing music.

A clever-sounding feature called Auto Mix will drop the volume of backing music whenever the app detects someone speaking, and users will also be able to colour grade their creations with a series of filters based on those from Adobe Speedgrade, Adobe's professional desktop colour grading application. As with Adobe's other Creative Cloud applications, the finished project can be stored and accessed later in the full Adobe Premiere, with all edits remaining intact.

In other developments, Adobe has rebranded Adobe Ideas Illustrator Draw, renamed the Adobe Kuler app to Adobe Color, and released a new Lightroom Mobile app for iPhone. All the new apps remain free to download and use.

True to form, there were also a number of updates set aside for Creative Cloud desktop users. Illustrator, Photoshop and Premiere Pro receive touch optimisations, there's a new "Curvature" tool for Illustrator, plus support for interactive ePub files in InDesign, SVG and Synchronised Text support in Adobe Muse, and an expanded live view in Dreamweaver.

Creative Cloud Extract gives designers a quick way of extracting and packaging assets from Photoshop files, allowing users of other applications to easily pull out elements such as CSS and images directly from PSD files without requiring the full Photoshop package.

Finally, Creative Cloud Libraries are set to provide users with new tools for organising assets such as text and layer styles, swatches and brushes across the entire Adobe portfolio of desktop and mobile software.

I have read and accept the privacy policy and terms and conditions and by submitting my email address I agree to receive the Business IT newsletter and receive special offers on behalf of Business IT, nextmedia and its valued partners. We will not share your details with third parties.
Copyright © PC Pro, Dennis Publishing
Copyright © PC Authority, nextmedia
Tags:
adobe android apps creative cloud software
By Jonathan Bray
Oct 10 2014
5:44PM