Acer Chromebook R11 review: Chromebooks don't get much better than this 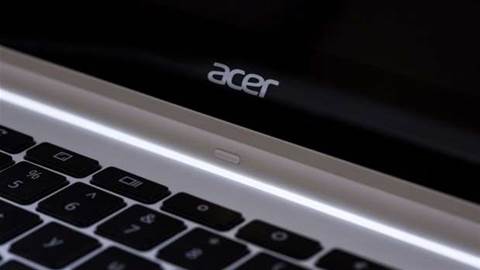 Acer has been making some serious headway with Chromebooks in recent years, greedily snaffling more than a third of the global market. Now, the company is looking to cement its number one position by taking inspiration from Lenovo's Yoga line-up. Behold, the company's first Chrome OS-powered convertible – the limber Acer Chromebook R11.

There's more than a little hint of deja-vu to the Chromebook R11. The white plastics and curved edges are reminiscent of the HP Chromebook 11 – but the star of the show is the hinge. The Chromebook R11's “patented dual-torque hinge” allows the screen to bend back through 360 degrees, allowing it to work in laptop, tablet, tent and stand modes with a mere flick of the wrist.

This is, quite simply, a brilliant idea, and one that makes the Chromebook R11 far more versatile than most of its Chromebook peers. Grab the R11 and, once the hinge bends back past the halfway mark, the keyboard and touchpad are automatically disabled (unless you're in setup mode). The screen orientation sensor is also activated automatically and this allows you to flip between landscape and portrait modes, the latter proving perfect for reading long-form articles on the web, or, in my case, proof-reading this review.

Nifty design aside, though, this isn't a Chromebook that's going to win awards for beautiful design. The Acer's 1.2kg body is mostly built from textured white plastic that looks rather cheap. As one of my colleagues noted, it's a touch reminiscent of Asus's old-school Eee PC netbooks. It's not all plastic, though, and Acer's marketing materials are keen to point out the R11's lid is made from patterned aluminium.

Pretty it certainly isn't, but then this does feel like a laptop that's going to last. There's very little in the way of flex or give in the R11's body, and the lid feels impressively taut and tough – I had to prod very hard on it before it caused any show-through on the display. For a laptop destined to be hurled in and out of bags on a regular basis, trust me, this is a very good thing. 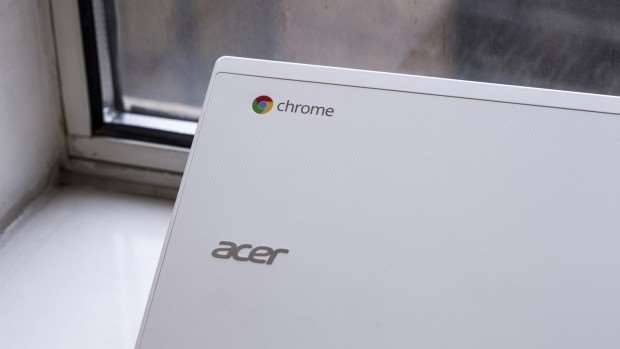 It's also great to see Acer has equipped the Chromebook R11 with a decent display. As Acer has opted for an IPS panel, viewing angles are more than wide enough to make the most of the super-flexible hinge. Contrast and brightness drop off when viewed off-axis, but colours don't look unnatural or horribly washed out as they so often do on Chromebooks using cheaper TN LCD technology.

It isn't the brightest display around, reaching an uninspiring maximum brightness of 226cd/m2, but although that's low, it's still bright enough for most purposes. Similarly, while the measured contrast ratio of 1,210:1 sounds pretty amazing, it's not worth getting excited about – the high figure is due to dynamic contrast, which tweaks the brightness depending on what's onscreen.

Geeky niggles aside, the image quality is great for a $449 Chromebook. The 1,366 x 768 resolution feels cramped – I prefer Full HD on my Chromebooks – but the flipside is the IPS panel delivers vibrant colours and makes a good fist of movies and photos. It's much easier on the eyes than the many Chromebooks I've seen with TN screens. 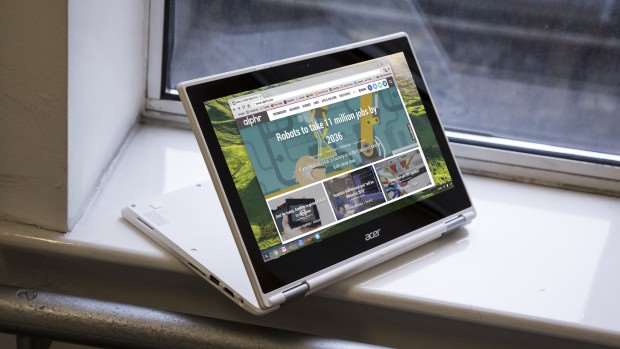 The Chromebook R11 is powered by one of Intel's low-powered Celeron processors. It's a dual-core 1.6GHz Celeron N3050, based on Intel's new Braswell architecture and as this shrinks the manufacturing process down from 22nm to 14nm, you can expect lower running temperatures and better power efficiency than the previous generation.

This Celeron CPU isn't going to wow anyone with its performance. Coupled with a basic 2GB of RAM, and the usual 16GB of eMMC storage, it only takes a few ad-filled, image-heavy websites loaded simultaneously in Chrome and things start to clog up and stutter. Once pages have loaded, it's generally fine, with smooth scrolling, panning and zooming, but open too many Chrome tabs and you can expect the R11 to struggle.

Battery life is where you see the benefit of the power-efficient CPU. With the screen brightness set to 170cd/m2 – more than bright enough for most indoor office conditions – the Chromebook R11 lasted for a very respectable 8hrs 42mins playing a video on loop. I'm confident it would last longer than ten hours if you drop the brightness further. 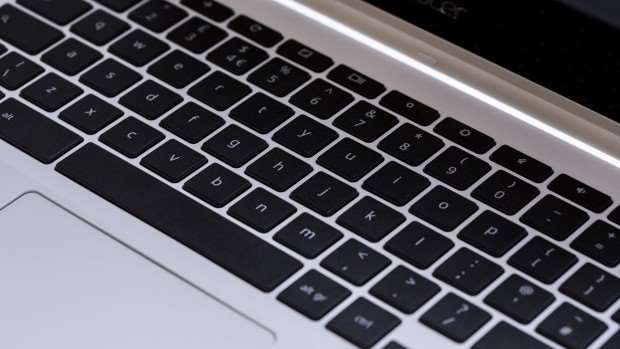 The keyboard and touchpad are easily the Acer's weakest suit, but even then they're not bad, just rather middle-of-the-road. The keyboard is the stronger of the two, and while the keys do feel a tad spongy and lacking in feedback, I was perfectly happy tapping away for several hours. But it isn't the best keyboard I've used on a Chromebook.

Admittedly, the buttonless touchpad isn't so execrably bad that it would drive me potty, but as it's hinged along its top edge, there's far too much travel to every click. What's more, the wobbly-feeling plastic lacks the nice firm click I like from a touchpad. It works, but it's lucky that there's a decent touchscreen mere millimetres away.

The R11 is pretty well appointed in the connectivity department, too. There are two USB ports (one USB 2 and one USB 3), a full-sized HDMI output and SD card reader, a headphone jack and a Kensington lock slot. Acer rounds things off with Bluetooth 4, and 2x2 MIMO stream 802.11ac Wi-Fi.

There's also a basic 720p webcam, which serves up grainy, pixellated images, and a pair of tinny-sounding speakers on the base that, due to rather poor design, produce a muffled sound when you use the R11 in tablet mode. 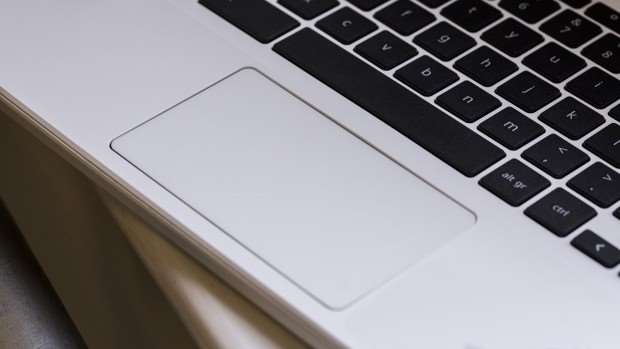 All things told, though, I like the Acer Chromebook R11. I've always been a fan of the Chromebook way of doing things – like most people, my digital life is lived almost entirely in a browser these days – and Acer's decision to add in a welcome bit of flexibility without sending the price rocketing is hugely welcome.

I'd love a slightly quicker processor and more RAM (plus a slightly clickier touchpad), but then I'm probably just being picky. If I was in the market for a cheap, do-it-all hybrid, then the Acer Chromebook R11 would be right at the top of my list.

I have read and accept the privacy policy and terms and conditions and by submitting my email address I agree to receive the Business IT newsletter and receive special offers on behalf of Business IT, nextmedia and its valued partners. We will not share your details with third parties.
Copyright © Alphr, Dennis Publishing
Tags:
acer acer chromebook r11 chromebook chromebook r11 hardware hp chromebook
By a Staff Writer
Feb 1 2016
3:39PM