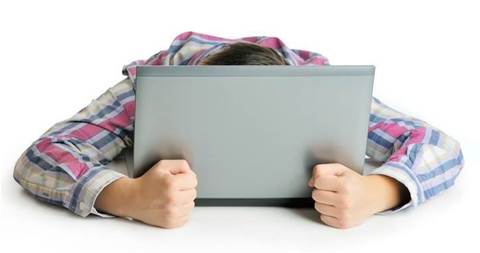 The Federal Government is providing the ACCC with funding to monitor fixed broadband speeds. And although the program focuses on consumer services, it will also give small businesses an indication of the performance they can expect from various internet service providers.

Hardware will be installed in around 4,000 households to measure the actual speeds delivered over the NBN and other fixed broadband networks at various times of day.

The program will cost around $7 million over four years – a modest amount considering that consumers spend more than $4 billion a year on fixed broadband.

“This program will see the ACCC test and report on the typical speed and performance of broadband plans provided over the NBN. This information will assist consumers in comparing and shopping around, and checking that they receive what they are paying for,” said ACCC Chairman Rod Sims.

“The program will also allow the ACCC to determine if issues are being caused by the performance of the NBN, or by internet service providers (ISPs) not buying sufficient capacity. It will also provide ISPs with independent performance information from which to draw when making speed claims.

“The ACCC will begin publishing data later this year as a large number of consumers move to the NBN.”

That can't come too soon, as consumers are currently picking service providers in an information vacuum. Providers may all be using the NBN infrastructure, but the actual performance delivered depends on how much aggregate bandwidth they are buying from NBN Co and on the capacity quality of their connections to the rest of the internet.

At the moment, providers compete largely in terms of the price for a given data quota. While the price goes up as customers select higher NBN speed tiers, there are no guarantees that the nominal speeds are actually delivered on an ongoing basis.

Internet data speeds were the top issue among complaints to the Telecommunications Industry Ombudsman during 2015-16.

“The ACCC’s program will encourage ISPs to compete for business and tailor their products to meet the needs of their customers. It will also provide better consumer information – all of which is currently lacking in the Australian broadband market,” added Sims.

According to the ACCC, similar programs in Canada, Singapore, the UK and the US have led to increased performance-based competition among providers and made it easier for customers to switch as they have access to performance data.

The program is expected to start next month, with the first round of comparative information to be published during the second half of the year.