A simple piece of advice for your Facebook business page 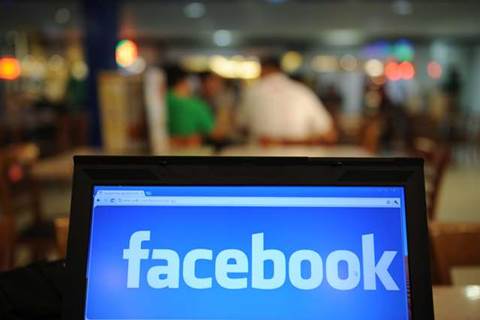 [We spotted this tip in the January 2014 edition of PC & Tech Authority magazine and decided to share it with you.]
I know there’s a glib answer awaiting me whenever I criticise Facebook, Twitter or any other “free” social networking service, namely that you get what you pay for.
Newsletter Signup

I have read and accept the privacy policy and terms and conditions and by submitting my email address I agree to receive the Business IT newsletter and receive special offers on behalf of Business IT, nextmedia and its valued partners. We will not share your details with third parties.
This is fair enough, but surely it isn’t too much to expect even a free service (especially one the size of Facebook, and with such a vast resource pool of developers and cash to draw upon) to get the basics of usability right?
Case in point: whenever you like a page or group on Facebook, you assume – or at least I assume – that you’ll get to see everything that’s posted upon that page. But think again – we’re in the land of insane user interface implementations here. To actually see everything that’s posted to that page, you have to first hover over the “Like” button, click on Settings and then change its default setting from “Most updates” to “All updates”.
This prompts a couple of questions in my mind, quite apart from the obvious “what does Facebook think it’s playing at”. First, why would Facebook default to not showing everything on a page? And second, how does it choose what to show you? Is this just another case of more UI stupidity from the gods of moronic UI design, or perhaps something a little more sinister?
When I mentioned this to colleague Paul Ockenden, he suggested that it comes back to the money thing: “page owners can pay more to pump out more of their updates”. In other words, you get to see as much as they’ve paid to show. This makes sense if you’re Facebook looking to find a way to generate revenue from the free behemoth it’s created. However, if I’ve created a page or group, then I rather assume that anyone who likes it will get to see everything posted to it, and if I’ve liked such a page, I don’t want what I see to be at the mercy of an arbitrary algorithm deciding what’s important and what isn’t.
So, here’s a simple solution: if you’re setting up a Facebook page or group, in a business or personal capacity, make sure you pin a nice clear post right at the top explaining how users can see everything that’s posted via a couple of mouse clicks. This way your readers will get to see everything and you won’t have to pay Facebook anything...
Ready to dig a bit deeper? Click here for eight ways to create the perfect Facebook post
Copyright © PC Pro, Dennis Publishing
Copyright © PC Authority, nextmedia
Tags:
business facebook services
By Davey Winder
Jan 17 2014
12:20PM