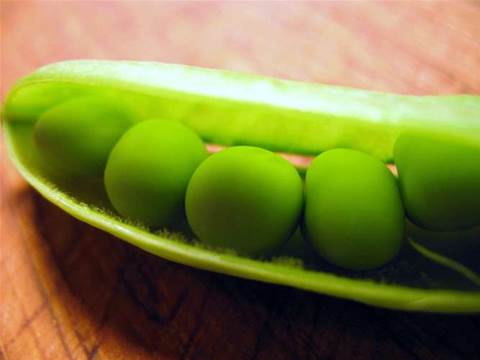 While the budget proved somewhat of an empty shell for corporate Australia, small businesses had reason for cheer.

The 2012 federal budget offers to return a modest surplus of $1.5 billion over the financial year 2012-2013, with the hope of further surplus budgets in the following years. In normal circumstances, this budget would not be particularly remarkable. However, in the context of a hung parliament and with the federal government’s popularity with voters at low ebb, this budget is of critical significance.

Overall, the budget is something of a political shell game. The Treasurer, Wayne Swan, has deftly moved money from one hand to the other, swapping the peas around so as to produce the illusion of change. The deferment of large defence purchases (such as the new F-35 joint strike fighters) does not remove these expenses, but simply pushes them off into another shell for some other budget to worry over.

So far, the political discussion on the day following the budget announcement is a mixture of disappointment from those who found their shells empty, and mild satisfaction for those who discovered their shell contained a pea.

So what about small business?

One of the biggest disappointments in the budget was the failure by the government to deliver on the much anticipated tax cuts for business. Admittedly, the cut was only a modest 1%, but it was a policy intention that Wayne Swan did much to tout in the lead up to the budget. His attempt to shift the blame for this failure to deliver onto the Opposition seems rather hollow given that the decision will contribute around $4.8 billion in savings, perhaps the most significant single chunk of money after the defence cuts.

For small businesses with cash-flow problems caused by the high dollar, declining consumer spending and banks unwilling to pass on interest rate reductions, this reneging on the tax cuts will be a bitter pill.

Loss carry-back to the rescue

In a gesture of recognition that the small business sector needs some help, the Treasurer announced the “loss carry-back” scheme. Under this program, companies which experience tax losses in financial year 2012-2013 will be eligible to offset up to $1 million against taxes paid on profits from the previous trading period. From financial year 2013-2014, companies will be able to carry back tax losses for up to two years to a level of $300,000.

The Treasurer has made much of this “loss carry-back” scheme and, on the surface, it looks fairly attractive. However, these measures may be too late for many small businesses who took significant losses in the wake of the global financial crisis in 2008-2009. Bankruptcies in Australia rose substantially over the period 2007-2010, with many small firms having to restructure and write off losses permanently.

The “loss carry-back” scheme is also fraught with some technical issues, of which the most significant is that of the “same business test”. This requires that a business seeking to carry-back its losses demonstrate that they were lost as part of the same business operations that produced the profits upon which the original tax was paid.

In many cases, this might pose problems for small businesses who have sought to diversify their business operations. For example, a business that has done well in a specific industry sector might seek to open new business opportunities by launching new products and services. These may be developed under new brand names or even under new business structures better suited to the new market. As innovative and therefore higher risk strategies they may result in losses, but these may not pass the “same business test”.

The budget also contains some sweeteners for small business in the form of immediate tax write-offs for assets costing less than $6,500. There will also be immediate deductions of up to $5,000 for new or used motor vehicle purchases.

Eligible businesses will need to have annual turnover of less than $2 million, which means that these taxation measures are targeted largely at the micro-enterprises and smaller firms. However, these companies comprise the vast majority of the nation’s businesses.

Such tax write offs are a good initiative from the budget and will help to ease cash flow and assist in replacing much needed items such as computer equipment or small scale capital items.

Over the longer term, the government is promising more work on the taxation system and the reduction in red tape. However, these remain mere promises and given the backflip on the corporate tax cuts one could be forgiven for being sceptical.

The budget also promises to retain the Small Business Advisory Service and to boost its funding by $28 million over four years. The Small Business Support Line will also be extended to 2015-2016. As has already been announced, a federal Small Business Commissioner will be appointed in 2013.

A major criticism of the budget is its lack of big ideas or a clear future vision. The budget does contain a strategic desire to see Australia take advantage of the anticipated rise of the Asian economies. It is here that some initiatives can be found, such as the “Buy Australian at Home and Abroad” program, aimed at helping local firms get more of a share of the mining and resources project investments.

There is also a “road map for manufacturing”, and some useful initiatives to help enhance skilling of the workforce. The $30 million investment into the new Manufacturing Technology Innovation Centre is welcome, as is the $5,000 payment to tradespeople to help them set up new operations.

Also welcome is the $1.8 billion for the next financial year for R&D Tax Incentives that will help foster innovation in industry, plus the $100 million to match private venture capital investment funding. Since the GFC, the venture capital market in Australia has been depressed, so this may help.

Other schemes of benefit to the longer term are the continuation of the “Enterprise Connect” business assistance program and clean technology and energy schemes. However, the decision to cut funding for the green buildings program may reduce opportunities for innovation in the construction sector.

Despite these positives, the overall impression one gets of this budget is that it is a political shell game. The federal government needs a political fix to give it a fighting chance at the forthcoming elections in 2013.

Securing a surplus was always more of a political necessity than an economic one. The decision has been to feed money to the lower income households and make life more difficult for the Opposition, who seem keen to impose more pain on the community through deeper cuts to federal government spending.