A phone for keyboard fans: hands-on with the BlackBerry KeyOne 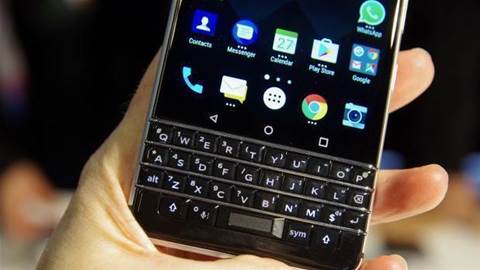 Want a phone with a keyboard? Still holding on to your BlackBerry for dear life? At last, there's a phone made just for you.

We know what you’re thinking: what, exactly, is the point in yet another BlackBerry? This, after all, is a brand that saw its market share shrink to almost zero according to Gartner’s Q4 2016 smartphone sales figures.

But there are still people around who love what the company does, and particularly love having a phone with a keyboard. They’re like an underground resistance, fighting gamely against the world of onscreen keyboards.

The BlackBerry KeyOne is designed to be the device for them. The first thing to note is that this isn’t, as such, a BlackBerry at all: it’s made by TCL, but runs BlackBerry’s software layered on top of Android 7.1 (the company is also committing to issuing Google’s monthly patches on time, which is promising). There are BlackBerry features such as BBM and BlackBerry Hub, which means it has all the business and enterprise features that make the Canadian company popular with big corporates.

It’s also a pretty good handset to hold in your hand. It’s made from matte silver or black aluminium and has a 4.5in, 3:2 aspect ratio screen with a resolution of 1,620 x 1,080-pixel made from Gorilla Glass 4 on the front above the keyboard. And there’s a 12-megapixel camera on the rear (based on a Sony-manufactured sensor) with phase-detect autofocus, a bright aperture of f/2 and a dual-LED flash. 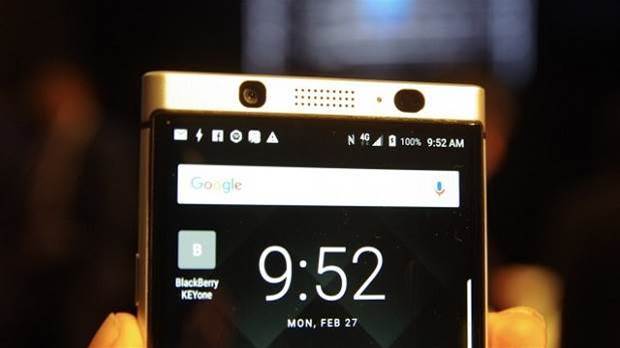 We rather like the rounded edges and textured, soft-touch plastic back, and while the phone is a little light, it’s definitely the best-looking phone since TCL began to produce BlackBerry handsets, and the most eye-catching BlackBerry since the Priv. More importantly, it’s a phone that begs to be used one-handed, due to its handily narrow profile.

What the KeyOne certainly isn’t, though, is a flagship smartphone for 2017. It runs a 2GHz Qualcomm Snapdragon 625 processor instead of one of the top-of-the-line 820, 821, 825 or 835 processors, has 3GB of RAM and 32GB of storage. Still, the phone felt perfectly responsive in use, and the positive implication of this decision is that it should be more power-efficient than most, especially when coupled with the high-capacity 3,505mAh battery. For reference, the Moto Z Play offers a similar combination of battery and processor, and that phone achieved among the best battery-life results we’ve ever seen.

So what about the feature which really sets this phone apart: that physical keyboard? Well, we’re sad to say it’s not quite what you expect if you’ve been brought up on BlackBerry’s own keyboards of the past. The click of each domed key is positive enough, but it’s a little soft and rubbery in feel – a long way from the hard, plastic keys of old. And yet we found it easy enough to type on quickly when we tried it out at this year's Mobile World Congress. The keys are nicely separated and the spacebar doubles as a fingerprint reader, which is a smart feature. 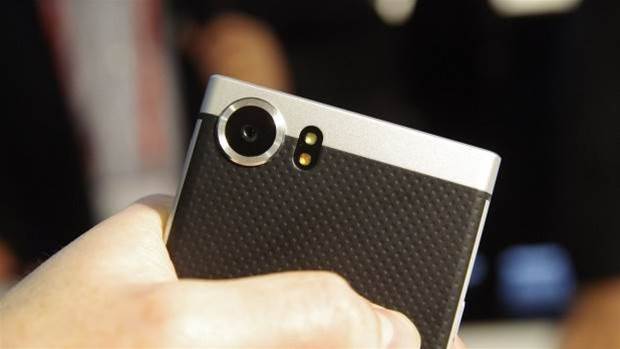 BlackBerry’s decline as a brand has been sad to see over the past few years, but it’s good to see it’s not bowing out without a fight.

If you still hanker after a phone with a keyboard, the BlackBerry KeyOne is a phone you might actually want to consider.

It’s due for release in Australia in the second quarter of 2017, priced at $799 – which is a little on the high side for the specs on offer but hopefully it’ll be discounted and available on lower-cost plans.