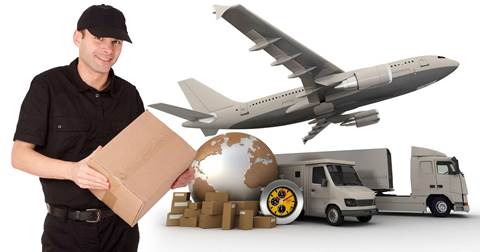 If you're an online retailer or you take orders by phone or mail, Australia Post can be a cost-effective way of sending parcels. But low-volume users need to take the items to the post office, post shop or whatever your nearest facility is called these days, and even between capital cities the expected delivery time is up to four days. Now there's a better way.

A relatively new entrant is Zoom2u, an online service that acts as an intermediary for more than 700 couriers in Adelaide, Brisbane, Melbourne and Sydney, offering flat-rate services for items up to 25kg.

Next day delivery within a metro area costs $17 per item, or $24 for interstate (metro-to-metro) deliveries.

Zoom2u also offers same-day deliveries within metro areas, and three-hour delivery within 60km of the CBDs. We mentioned the latter service when the company was launched in Sydney last year  .

On the subject of shopping around for couriers, the 'comparison site' fad has spread to courier services. Cheap Courier Comparison is one example, but there's no indication of exactly which companies are compared (our trial results included well-known names such as TNT, StarTrack, CouriersPlease, Allied and Toll), who operates the site, or of any commercial considerations that may colour the results. But it does provide a quick and easy way of checking whether you're paying too much.