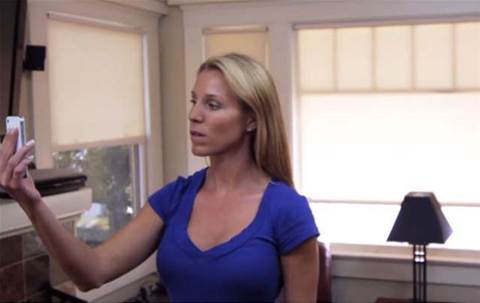 Apparently there is such a thing, and Powertec is the name behind this model for boosting your Next G signal.

Although mobile coverage is generally better than it used to be, there are still some situations where indoor coverage just isn't up to scratch. If that's the situation in your office, a repeater might be the answer.

Now, the regulations concerning the use of mobile phone repeaters are strict - read this article which includes a warning from the Australian Communications and Media Authority (ACMA) that, "operating an unlicensed radiocommunications device may result in a fine of $165,000 or two years imprisonment."
But according to Powertec, theirs is approved by Telstra and the company also maintains a database of installations as required by ACMA. We're contacting the ACMA and Telstra to confirm this.
Newsletter Signup

I have read and accept the privacy policy and terms and conditions and by submitting my email address I agree to receive the Business IT newsletter and receive special offers on behalf of Business IT, nextmedia and its valued partners. We will not share your details with third parties.
Newly added to Powertec's range, the Nextivity Cel-Fi repeater comprises two units.
The larger of the two (though that's only relative as it measures just 212x144x146mm) is placed wherever the best signal is received in the premises, usually by a window.
The other (159x146x59mm) goes in the room where reception is required. The combined power consumption is less than 24W, so the repeater won't add much to your electricity bill.
The two units communicate wirelessly to provide a zone of improved reception that can cover up to 600 square metres, and Powertec claims an "easy 5 minute setup".
The Cel-Fi is locked to Telstra's Next G service and only works with 850MHz devices.
Copyright © BIT (Business IT). All rights reserved.
Tags:
acma boost g next powertec repeater services signal
By Daniel James
Jan 29 2013
1:55PM